Social Media Blocked in Uganda Ahead of President Museveni's Inauguration 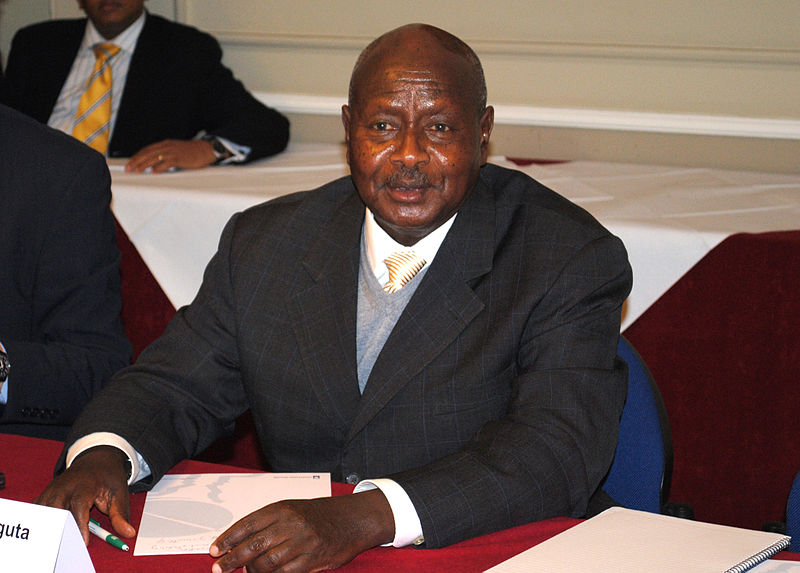 Ugandans will soon watch incumbent President Yoweri Museveni be sworn into office for his controversial fifth term after he won over 60% of the vote in elections in February 2016. With the inauguration ceremony coming up on May 12, the Uganda Communications Commission ordered on May 11 that access to social media within the country be blocked.

This is déjà vu for Ugandans, who experienced a forced shutdown of social media for four days during the February 18 election, in which opposition leader Kizza Besigye took 35% of the vote. The political opposition claims that the poll was rigged; international observers and human rights groups have also criticized the election process.

Besigye and other opposition figures have been under house arrest for much of the time since February, and have relied on social media to organize what they're calling a “defiance campaign” of protests. Besigye was only able to file a legal challenge against the election results with the help of former Prime Minister Amama Mbabazi.

The court eventually ruled that Museveni, who has been in power since 1986, had been rightly elected, and May 12 was chosen for his swearing-in. In preparation, major roads have been blocked off and the army was heavily deployed around the capital city of Kampala. Besigye was also arrested yet again as he tried to make it to town to be inaugurated by his party in an alternative ceremony.

The country's major telecoms, like Airtel Uganda and MTN Uganda, confirmed the shutdown in notices to their customers:

Twitter user @JZiras shared the communication from Roke Telkom, which said the blackout was due to “security reasons”:

Social media shut down ordered by Ugandan government ahead of contested swearing in ceremony of president Museveni pic.twitter.com/sG7mXCwGOo

Last week, the country's minister for information and national guidance banned media houses from covering opposition protests, and the executive director of the Uganda Communications Commission had warned that the ban “may be extended to social media.”

During the February shutdown, many users were still able to access social media using virtual private networks (VPNs). Hoping to avoid a repeat of that scenario, Ugandan technology news site Tech Jajja reported, relying on unconfirmed reports, that Internet service providers “have been asked to even block not just social media and mobile money but also the Internet in general if the worst comes to the worst.”

Netizens who are still able to access social media have started to sound the alarm.

Social media and General internet in Uganda might be down for 24 hours https://t.co/uF6l8MGcdn

Others are encouraging fellow Ugandans to download VPNs now, while the Internet is still working. Trevor Mugabi, a digital marketer, tweeted:

Darkness hovering over Uganda
Internet is shut down and all social media platforms
VPN is the only way to go now pic.twitter.com/cNVGCXHhQP

ZeroBrain injected a little humor into the situation, wondering what physical threat the Internet bundles that people subscribe to in Uganda could pose to the inauguration:

But why block Internet access ?? We're bundles threatening to storm the swearing in ceremony…Uganda is led by jokers.

And technologist Neil Blazevic hunkered down for the block: