The Iranian State Versus Kim Kardashian 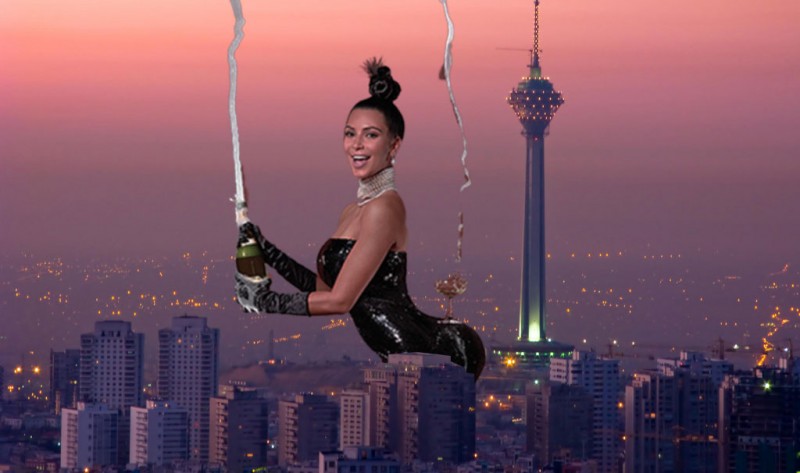 Kim Kardashian has become the Iranian state's newest enemy. Tehran made this announcement in the wake of arrests of eight Instagram models—a campaign that began earlier this year, when Iranian authorities launched a series of operations they called “Spider.”

Accounts were blocked and the models arrested and put on trial. The most well-known of the models on trial, Elham Arab, had appeared on a popular Iranian television program called Honeymoon.

The case of Elham Arab and the other models has received international attention. Her public apology was broadcast on Iranian state television, and it's also accessible on a new Instagram account called Elham Arabofficial.

“All people love beauty and fame. They would like to be seen, but it is important to know what price they will pay to be seen.”

Kim Kardashian and Instagram Are ‘Threats’ to Iranian Society

Mostafa Alizadeh, the spokesman for Iran's Organized Cyberspace Crimes Unit, has claimed that Instagram and Kim Kardashian are conspiring to influence Iranian society.

“Ms. Kim Kardashian is a popular fashion model so Instagram’s CEO tells her, ‘make this native,’” Alizadeh said. “There is no doubt that financial support is involved as well. We are taking this very seriously.”

One of the images shared widely on Telegram originated in a tweet from Omid Memarian, where he shared an image of prominent figures who have been labeled enemies of Iran's revolution. The image begins with Uncle Sam in 1978 and ends with Kim Kardashian in 2016.

The evolution of enemies of the revolution! Having survived the onslaught of Popper and Soros, it's now facing #Kardashian. What a transformation! 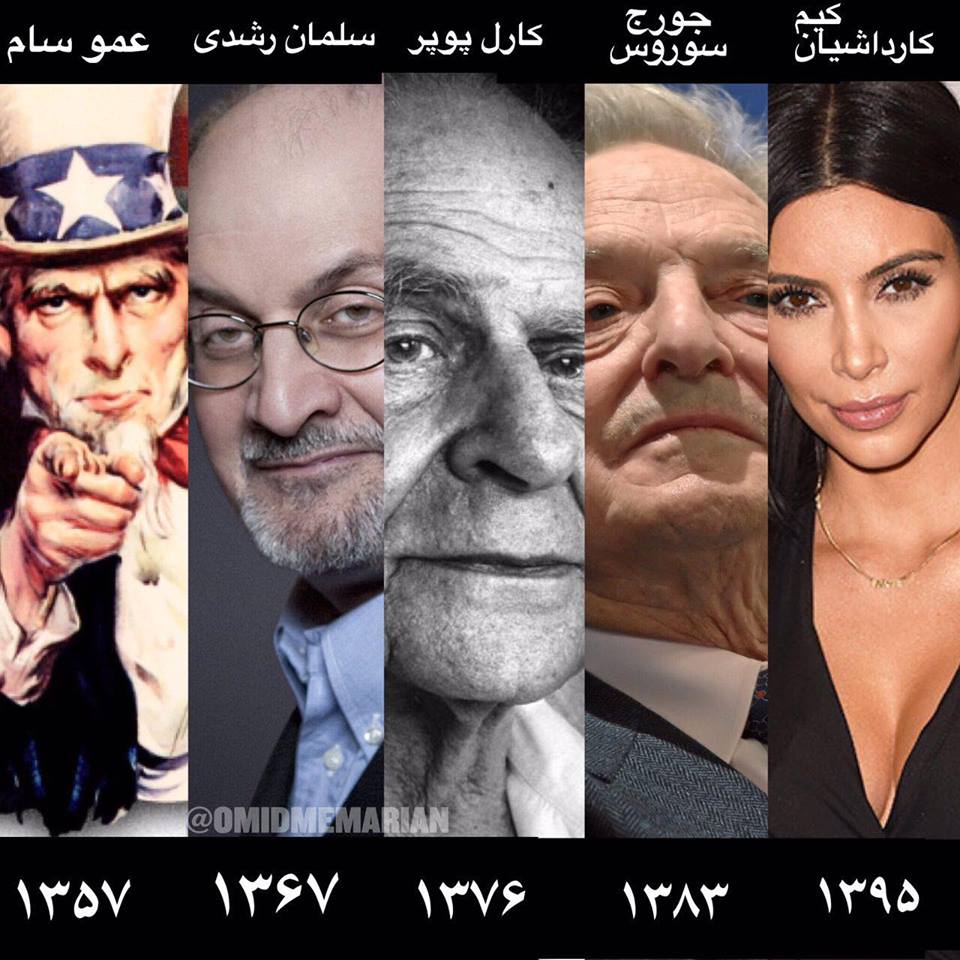 The following cartoon also made the rounds on Telegram, showing a young man eating ice cream. In the cartoon, his mother says she wants him to find a wife. 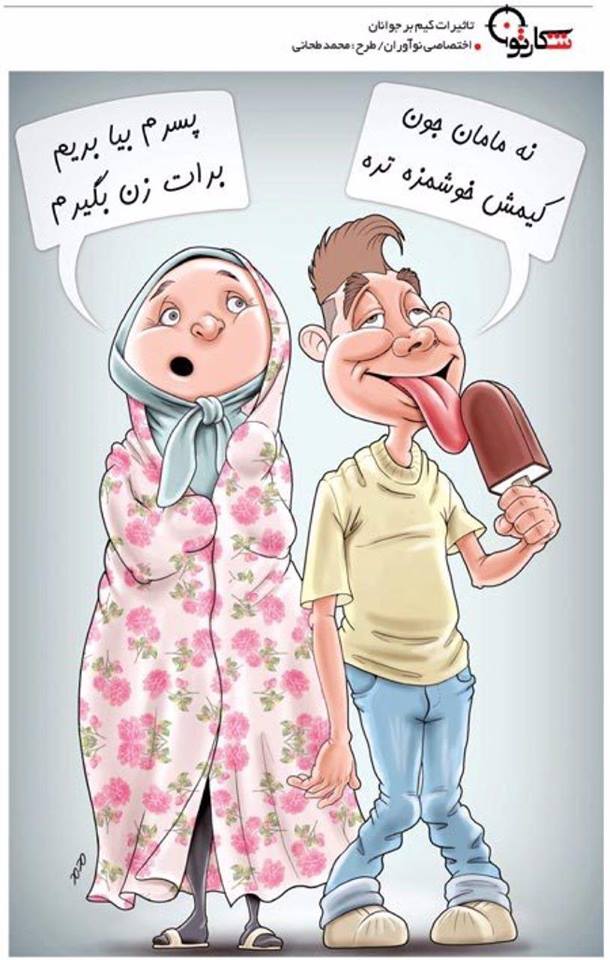 Given Kim Kardashian's reputation for her ample posterior, it's perhaps no surprise that many young Iranians have started sharing on Telegram the following picture of a plump tomato: 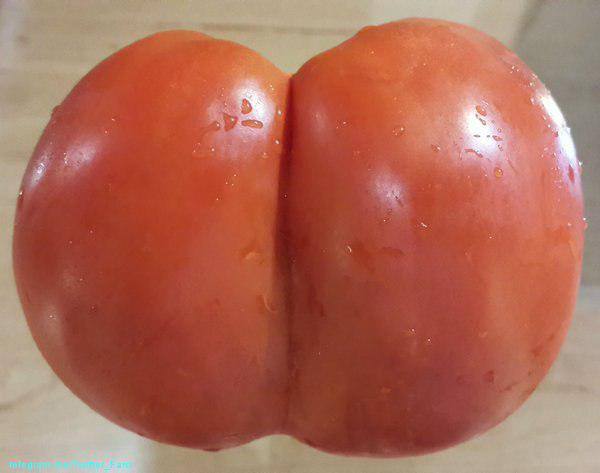 #Kim_Kardashian tomato – the tomato #influence project – one of the tools to influence the youth discovered by the #spy Kardashian.

Another image shared widely on Telegram shows a manipulated photo featuring Kim Kardashian, US President Barack Obama, and her husband, Kanye West. In the photo, the color of Kardashian's sweater has been changed from the original color. This kind of manipulation is often the work of Iran's censors. This led many to question whether this Telegram post originated with Iranian authorities. 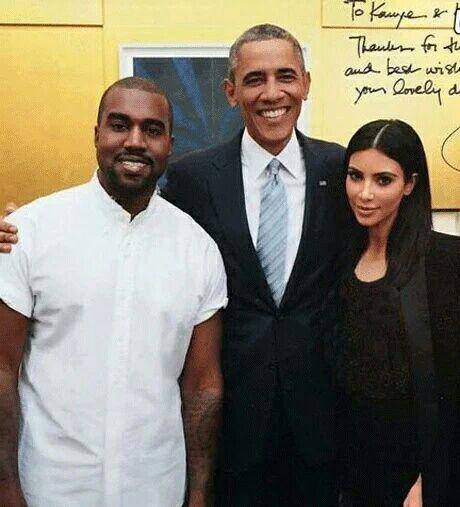 Photo leaked from a meeting with Kim Kardashian and the president to discuss influencing Iran's youth.

The original image was shared by Kim Kardashian on Instagram: 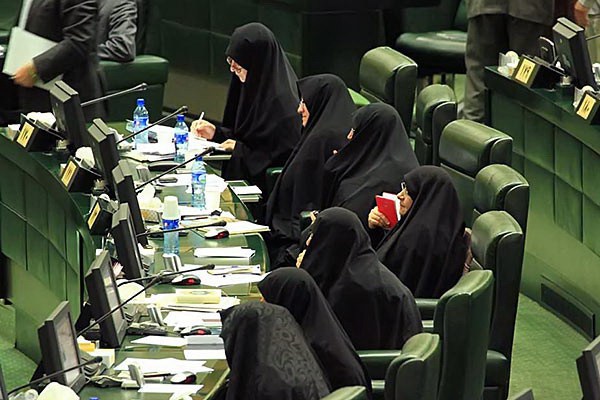 Our young people are copying Kim Kardashian instead of Fatemeh Alia. #That_is_just_wrong 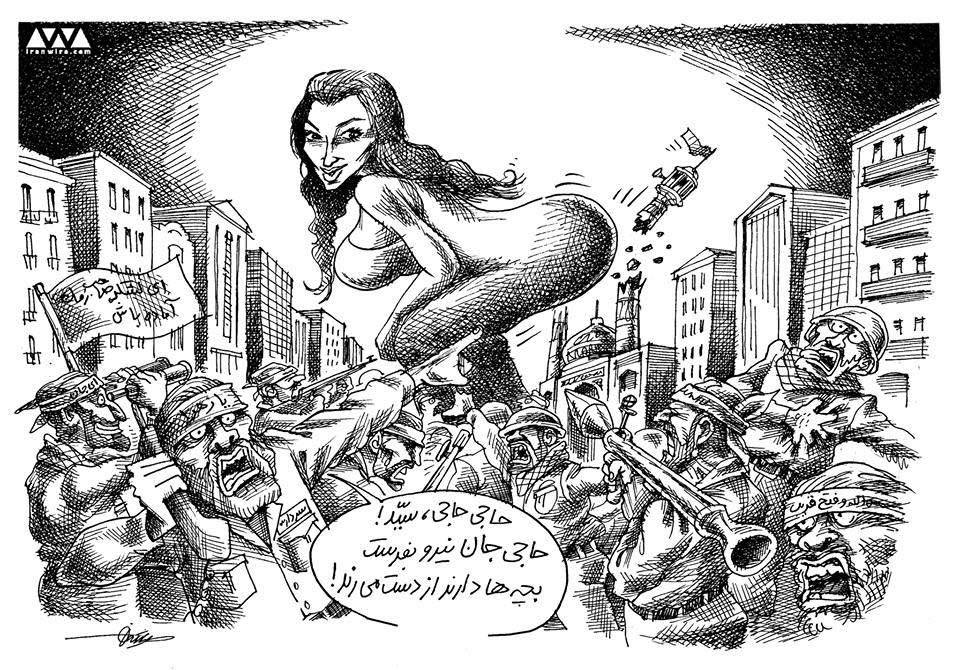 Haji! Haji! We need backup. Our youth are dropping like flies.

It's tempting to laugh at the absurdity of making an enemy out of Kim Kardashian and Instagram. It is funny. Yet, the crackdown on hair salons and Instagram models has very real effects. It follows a pattern of control over cultural expression and women's appearance that dates back to the start of Iran's cultural revolution.

In the early 1980s, women were followed on the street by militia members. They were arrested for showing a single strand of hair. At the gate to the universities, their fingernails were checked for traces of nail polish. Guards sniffed at them to make sure women students wore no perfume.

Women have continually pushed the limits of physical and cultural expression in Iran. They have challenged the restrictions against them at every turn.

Hadi Ghaemi of the International Campaign for Human Rights in Iran states:

“This kind of stifling and intimidation will only deprive Iranians of the cultural and artistic vitality that is rightfully theirs and further alienate the country’s youth.”

“The Revolutionary Guards’ assault on Iran’s fashion industry testifies to the fear of hardliners who try to control every aspect of people’s lives and squash any visible challenge to their narrow world view.”

The intention of these types of actions against young women in Iran is to remind families of their need to control their daughters. No one is safe. Nothing is private. There is no place for personal expression.

It's not actually a laughing matter at all.