Award-Winning Chinese Human Rights Journalist: ‘This is a Calling, Not a Career Choice’

Newsstand in Beijing. Photo by Ernie via Flickr (CC BY 2.0)

This story was written by Rammie Chui and Zoe Lai and originally published on Varsity, a magazine run by students at the Chinese University of Hong Kong.

When the grand prize for Chinese News and Features was announced at the annual Hong Kong Human Rights Press Awards ceremony last May, an elegantly dressed young woman walked onto the stage to receive the prize for her story, “The Fate of Chinese Rights NGOs”.

“My stories are derived from others’ suffering,” she said.

Zhao, who has received three Human Rights Press Awards, has built her journalistic career on chronicling China’s human rights defenders and their suffering. But for her this is a calling, not a career choice.

She did not always plan to be a journalist. Zhao studied financial engineering at Nanjing University but she had a long-standing interest in journalism due to her daily exposure to Hong Kong television throughout her childhood. She was born and raised in Guangzhou and was greatly influenced by Hong Kong culture. 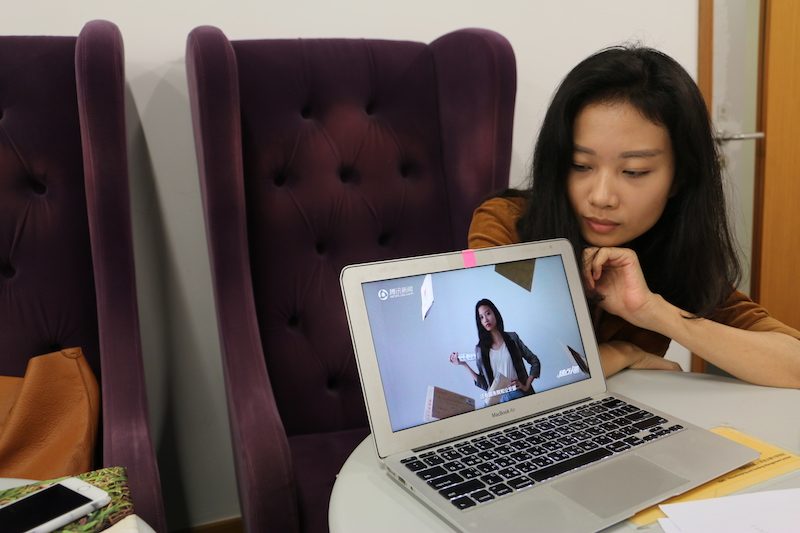 Zhao watched Hong Kong's TVB television network every day throughout her youth and admired the journalists and broadcasters who were able to disseminate news and information to large audiences. When she was around 10 years old, Zhao began to notice the differences between the Hong Kong society she saw on the screen and the mainland society in which she lived.

By the time she entered her third year at university and had been on an exchange programme in Taiwan, the differences between mainland culture and the outside world had become even clearer to her. She had been approached to write for the now defunct iSun Affairs magazine after an editor noticed some articles she had written about the chopping down of Nanjing’s historic plane trees to make way for a new subway line in 2011.

In Taiwan, she began reporting on the 2012 presidential election for iSun Affairs, the Hong Kong-based politics weekly set up by émigré mainland journalists, while she was on a semester exchange. It was a door-opening and eye-opening experience and she even managed to interview the incumbent Ma Ying-jeou and attend an international press conference held by his challenger Tsai Ing-wen.

I thought this society was miraculous. I, as a mainland student who had stumbled into political reporting and social observation, [found] people were welcoming me, opening doors for me.

“I thought this society was miraculous. I, as a mainland student who had stumbled into political reporting and social observation, [found] people were welcoming me, opening doors for me,” says Zhao, who felt a kind of certainty and security she had never experienced before.

Around this time, Zhao was contacted online by agents of the Chinese Ministry of State Security – also well known as the Chinese secret police – for Taiwanese political information. She began to see what she thought were abnormalities within Chinese society and politics. Zhao says she saw her life in Taiwan as that of “a prisoner in a place with freedom.”

After she returned to the mainland, Zhao soon discovered the police were investigating her, inquiring about her daily schedule in Taiwan. She quickly realised she was being monitored by the government.

Subsequently, policemen approached her at her university where they questioned her for five hours to get information about her involvement with Taiwan politics. Zhao just graduated when iSun Affairs closed down. Despite these encounters while she was still a student, Zhao continued to write after graduating because, “if you want to do it, then you can.” She says this is a mentality she acquired while reporting in Taiwan.

Her determination put her in good stead when she went to Wukan, a fishing village in Southern China later that year to work on an investigative report for iSun Affairs in the village that had been rocked by anti-corruption protests just months earlier. She soon discovered reporting in Wukan was very different to reporting in Taiwan.

In Wukan, Zhao was aware she was working in a very traditional patriarchal society. She saw there were many women involved in the village protests and continuing struggle. These women played many different roles in the struggle but their stories were never told. This made her resolve to tell the story of the women of Wukan and other women in China who were fighting for their rights.

In 2013, iSun Affairs Affairs magazine closed down and after her graduation, Zhao became more actively involved in social issues. She joined Feminist Voices, a media organisation advocating for the protection of women’s rights. There, Zhao and her colleagues called for the abolition of the Custody and Education system which is mainly used to imprison female sex workers for up to two years without trial.

Zhao applied the skills she learned as a journalist to maximize coverage and discussion on the issue. She wrote 320 letters to government officials requesting the disclosure of information related to the Custody and Education system, which were all turned down. This did not stop Zhao, who sued the government, demanding disclosure of the documents. The ensuing legal battle became a hot topic and generated a lot of media coverage.

Zhao says her experience working with Feminist Voices helped to shape her views and she now sees herself as combination of journalist and activist. She wants to report on China’s feminists and their stories, as there is still a lack of support for, and awareness of, female human rights defenders. 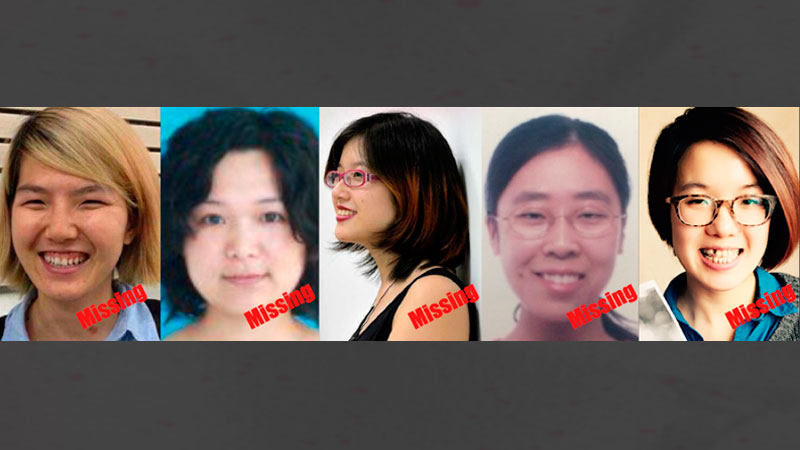 Around the time of the crackdown on the Feminist Five, Zhao’s then husband, rights lawyer Liu Jianshu, was detained by the government, following accusations of his involvement with the Occupy Movement in Hong Kong.

Liu was employed by a legal aid organisation that was being investigated by the government for inciting and spreading ideas related to Hong Kong’s Umbrella Movement due to an incident involving a former employee and his girlfriend.

Following his arrest, Zhao suspended her work with Feminist Voices in order to concentrate all her efforts and use all possible means to free her husband. She gave interviews to the media and hired lawyers to ensure Liu’s safety. This brought her into conflict with Liu’s parents, who were opposed to such a high-profile defence.

Liu was released within a month but the marriage did not survive the ongoing conflict with Liu’s parents. “I had nothing at all. I lost my family, my job, my advocacy work, my income. I had nothing left,” Zhao says reflecting on the events.

She says Occupy Central and the Communist Party destroyed her life. “The most intense feeling is that these things were unavoidable and that I cannot go back.”

Zhao threw herself back into journalism, working as a freelancer for the Hong Kong-based online news site Initium. In her article, The Fate of Chinese Rights NGOs, Zhao relates the experiences of her now ex-husband and her own work in rights advocacy. The story features interviews with people of similar experiences and backgrounds and demonstrate the everyday struggle between conformity and freedom.

She describes herself as being almost cold-blooded when conducting interviews in order to tap into interviewees’ emotions and stories.

It’s not that I don’t have emotions, but I suppress them when I am writing. Then when I am finished, I release them. It’s like I’ve peeled off a layer of skin after I finish an article.

“It’s not that I don’t have emotions, but I suppress them when I am writing. Then when I am finished, I release them,” says Zhao. “It’s like I’ve peeled off a layer of skin after I finish an article.”

Every story is hard to write. She jokes she wants to retire every time she completes one, but Zhao is determined to soldier on. She says that with freedom of speech and expression coming under threat in Hong Kong she feels a sense of responsibility to continue writing. But she is also keenly aware that with the rising trend of localism in Hong Kong, there is a waning demand for stories related to advocacy and human rights in China.

Ironically, it is her activist side that drives her to continue her journalism despite all the challenges she may face. “I think that if you don’t do it [report on the issues] then no one will do it, and then it may disappear altogether,” she says.

The post published on Varsity on December 2, is written by Rammie Chui and edited by Zoe Lai and republished on Global Voices with permission. The online magazine is run by students from the School of Journalism and Communication at the Chinese University of Hong Kong.