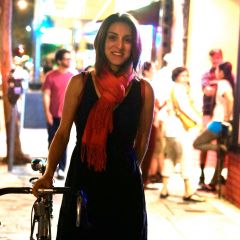 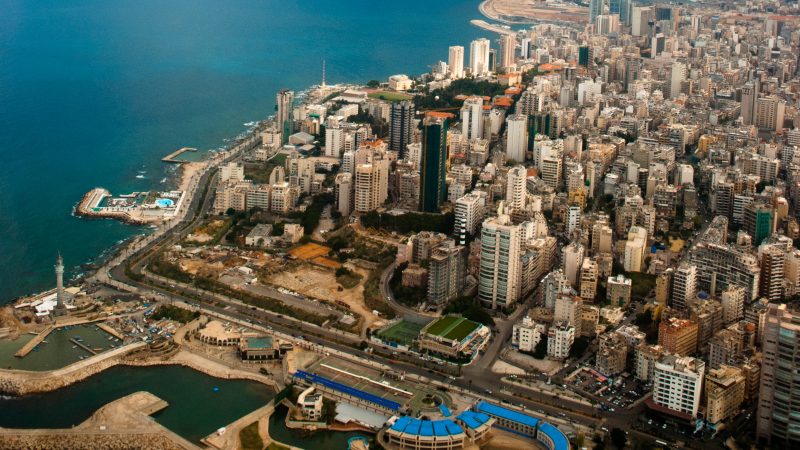 The original version of this article, written by Lara Bitar, was first published on the website of Social Media Exchange Association (SMEX), a registered Lebanese NGO that works to advance self-regulating information societies in the Middle East and North Africa.

A self-described independent youth movement is waging what it is referring to as a “polite struggle” (الكفاح_المهذب#) against state corruption in Lebanon, taking particular aim at the Telecommunications Ministry.

Fed up with the high cost of cell phone services, online activists staged a one-day boycott of the two state-owned mobile phone operators, Alfa and touch, on 8 January. The organizers of the campaign, run under the two hashtags “switch off your line” (سكر_خطك#) and  “I will switch off my line” (رح_سكر_خطي#), called on smartphone users to switch their phones to airplane mode on the day of protest, urging them instead to use IP-based instant messaging apps over Wi-Fi to text and make calls.

The online campaigners have two stated goals. The first is to reduce the cost of domestic and international calls and the second is to eliminate monthly “recharging”  fees required to keep a phone line active. They say they are motivated solely by “patriotism”.

The Arab Advisors Group, a Jordan-based research and consulting firm, compared the mobile phone service rates of 39 mobile phone operators across 16 Arab countries, classifying the latter on the basis of their relative pricing status. They found that Lebanon has the highest prepaid cellular package rate in the Arab world, as reported by Byblos Bank’s economic research publication Lebanon This Week.

Lebanon’s minimum wage stands at $450 per month, making these costs a significant burden on the 32 percent of the population that lives in poverty.

Taking on their second grievance, the validity period of prepaid mobile lines, online activists have been recording calls with Alfa and touch representatives. In one audio recording, a mobile subscriber makes the point that cell phone lines are paid for and bought, not rented, asking the call center employee to explain why users must repay an additional fee each month.

The two mobile phone operators require prepaid cards to be recharged every 30 days, penalizing those who miss the deadline by seizing their remaining credit and then completely taking over their line, forcing them to buy a new one. Lebanon again takes first place in terms of cost of service, offering subscribers the shortest validity for prepaid cards. In contrast, according to the same Arab Advisors Group study, Arab countries surveyed averaged a validity of 279 days with the exception of the UAE and Algeria, which offer their customers an unlimited period of use.

It remains unclear how the one-day boycott impacted the two operators, but the campaign's organizers said that participation was successful and even exceeded their expectations. Touch, operated by the private Kuwaiti telecom provider Zain, had 2,299 million subscribers as of September 2016. Alfa, operated by Egypt’s Orascom Telecom Holdings, states on its website that it currently serves close to two million subscribers While both operators have been mum on any losses they may have incurred, unconfirmed figures have been circulating online. In an interview with the Lebanese TV station Al-Jadeed, lawyer and activist Hassan Adel Bazzi hinted that figures have been leaked to him from within the telecom companies. He claims that the number of lines shut off on the day of the boycott reached a peak of 30% participation rate at noon, estimating that 1.3 million individuals participated in the campaign.

In response to the boycott, Telecommunications Minister Jamal al-Jarrah first reprimanded the activists for not appealing to him before launching such a campaign, but later vowed to meet with some of its organizers to discuss what he considered to be rightful demands. In the meantime, the campaign's hashtags continue to be widely in use, with some agitating for a continuous boycott every Sunday until the growing list of demands is met.

In addition to the exorbitant mobile rates highlighted by this campaign, cell phone operators in Lebanon also engage in unethical practices. In June 2015, SMEX reported on a paid ringtone service that was not only being added to subscribers without their consent, but also required them to pay a fee to opt out of it. While SMEX, in coordination with the Ministry of Telecommunications, pressured the mobile phone operators to make a modest concession by eliminating the opt-out fee, many mobile users are still paying for a service they never signed up for and may not even be aware of its monthly charges.

The Middle East and North Africa, like other parts of the world, have repeatedly witnessed similar citizen-led efforts to make demands from mobile and internet providers. In January 2016, Morocco’s decision to block Voice over Internet Protocol (VoIP) calls resulted in a widespread boycott campaign to protect access to communications services. In October 2016, Omanis, also frustrated with the high prices charged by their own service providers, staged a week-long boycott of their local telecom companies. During the same month, Saudis boycotted their wireless network operators to protest bad service and bans on VoIP apps. The month-long protest also included performed displays of anger with Saudis filming their modems set on fire.

In Lebanon, the telecom industry generates the government’s second largest revenue after taxes, amounting to $1.43 billion in  2013. In 2014, telecom revenues went up by 41 percent, according to a May 2015 report by BLOMINVEST Bank, amounting to $2.01 billion. So any disruption to this flow of capital, used in part to pay off public debt, is bound to have an impact on the way mobile service providers treat, or mistreat, their customers.