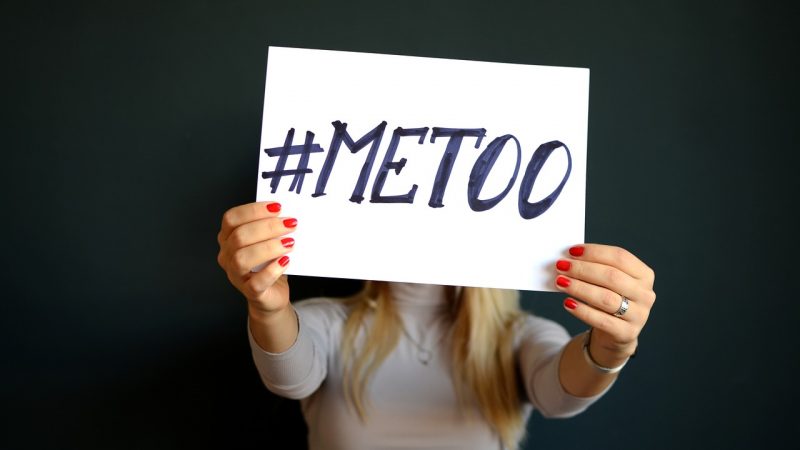 The #MeToo campaign that encourages women to speak up about their experiences of sexual assault harassment has been a catalyst for such accusations across political, professional and geographic spectrums.

An especially powerful and controversial trend in this moment is one among people who have created public lists of accused perpetrators of sexual misconduct.

On 24 October 2017, a law student in the US published just such a list on Facebook. Raya Sarkar, a Singaporean national who is studying law in the US, published the names of 58 academicians at 29 universities, mostly in India, who students accused of sexual harassment or assault.

Sarkar, who prefers the pronouns they/them, crowdsourced the list through their friends and networks, and collected evidence from each victim in order to verify their allegations.

The published list has been seen by many as an attempt to pull back the curtain and speak openly about the issue of sexual harassment in India's academic sector. In an interview with BBC, Raya Sarkar explained that this initiative was an attempt at making friends and colleagues wary of the people who have a history of sexual misconduct. The aim, they said, was just to help people feel safe.

Raya Sarkar told BuzzFeed that the published list was based on evidence collected by one-on-communication with each victim — this includes messages, screenshots, and testimonials. Sarkar has not published any of this evidence, on grounds that maintaining the confidentiality of the evidence is imperative until victims choose to make their accusations public. But they also have encouraged victims to file reports with police and other relevant authorities, writing on Facebook:

If you are a victim of sexual harassment go file an FIR (police report). No internal committee nonsense. Go straight to court. Internal committees will exhaust you harder than courts, speaking from 1st hand experience.

Since sexual harassment is a punishable crime in India, a complaint can be filed against the harasser.

While many saw this move by Raya Sarkar as quite a bold one, others were skeptical of the tactic. Deepanjana Pal writes in NewsLaundry:

Viewed from a legal perspective, Sarkar’s list inhabits an ethical danger zone. The complainants are anonymous, the charges are vague and the only definite detail is the name of the accused.

In an article for Daily O, Sumit Mitra explained that the main factor is that there seems to be a lack of answerability since the victims of harassment have not come forward to share their stories.

But many on Twitter have made the point that it is difficult for victims to do this without harming their own reputations or becoming vulnerable to further threats:

If we were in a world where being on an anonymous list did anything to your reputation or career, anonymous lists wouldn't even be needed.

The list has also received mixed opinions from feminists. A group of 12 feminists published a statement on the Kafila Online blog, wherein they appealed to the contributors of the list to either retract it, or work within the proper course of law and justice. They echoed the view of some legal experts who raised concern about the lack of public evidence:

It worries us that anybody can be named anonymously, with lack of answerability. Where there are genuine complaints, there are institutions and procedures, which we should utilize. We too know the process is harsh and often tilted against the complainant. We remain committed to strengthening these processes. At the same time, abiding by the principles of natural justice, we remain committed to due process, which is fair and just.

This manner of naming can delegitimize the long struggle against sexual harassment, and make our task as feminists more difficult.

Responses to the letter reflected concern about the system of due process that the Kafila group referenced. One commenter, identified as “Officious Fool”, wrote:

…what incentive does someone, who has nothing but her first-hand experience to back her statement, have to speak up against these people who wield such immense power in academic circles? The intent to strengthen redressal mechanisms need not delegitimise personal accounts. Please don’t discourage people from speaking out. And please don’t say “due process” if you can’t vouch for the protection of those who do come forward.

Sudhamshu Mitra posted a message of support for Sarkar's initiative on Facebook. Mitra, who is an engineer in Bangalore, expressed initial unease with the list. But he then reasoned that Sarkar's tactic was a deft one in the face of class and gender divides in India:

…in my experience, upper caste men(including me), who talk about feminist ideals, or who have gained immense academic stature, can easily find a way out of the current justice system. Because the entire justice system itself is aligned towards keeping patriarchy and caste system intact.

For instance, if my name was on the list, or if someone accused me of sexual harassment, I doubt many would believe that because of the conversations I engage in with respect to masculinity and feminism. That's how much power I possess. An “upper” caste man proclaiming progressive ideas is put on a pedestal in our society. But others who constantly engage in politics of daily lives and raise issues on inequality and oppression are not even listened to.

While social media voices continue to debate the issue, most universities have refused to respond or explained that they will investigate the accusations independently.