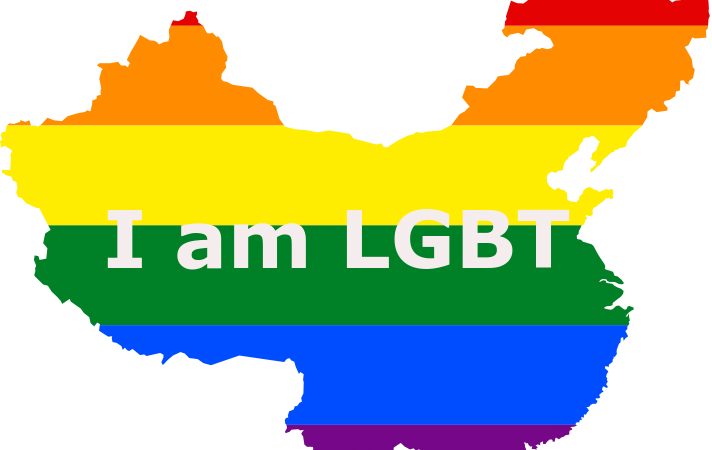 The shift does not signal an end to the silencing of LGBT voices online, but it demonstrates a significant departure from the company's standard line.

The company specifically stated that content related to LGBT topics would be targeted, and that it had already deleted 56,243 posts, removed 108 user accounts and shut down 62 topical discussion threads.

On the next day, “LGBT voices”, a popular LGBT user account made an announcement on their Weibo:

[Public announcement] Due to matters beyond our control, the Weibo editorial of LGBT voices will cease operations indefinitely. During this period, we will not use the official Weibo of LGBT voices to publish updates on LGBT news. We want to express our thanks to Weibo for supporting LGBT voices all these years. I want to thank Weibo users who have been supporting us since 2009. Every comment, like and share is a voice out for love. Let’s hope we have a better tomorrow.

The above message was shared for more than 37,000 times.

Soon after the news spread, a large number of Weibo users began posting the hashtag #IamLGBT to protest the censorship. In less than one week, the hashtag had been used 500 thousand times garnered roughly 500 million views. Censorship authorities attempted to crack down on the online protest by deleting the topical pages, but could not keep apace with users as they continued speaking out and as mainstream media outlets outside China began to followed the story.

Under the pressure of strong public opinion, the People’s Daily (an official publication of the Chinese Communist Party) published a memorandum on April 15 stating that LGBT content should not be confused with vulgar, violent or pornographic content.

The next day, Weibo amended its announcement stating that its three-month censorship measures would not specifically target at LGBT content, but would focus only on vulgar, pornographic and violent content.

The LGBT voices account on Weibo restored its operation with another announcement on April 16:

[Public announcement: #LGBT voices restores its operation#] Thank you so much for speaking out. What has happened in the last 48 hours could prove that just by speaking out, one can bring change. The editorial of @LGBT voices can continue again — within 48 hours because of you. The hashtag #IamLGBT, which we started using seven years ago, accumulated more than 500 million views. It became the most read LGBT topic surpassing the hashtag #SupportLGBT against discrimination in China’s internet history. Within 48 hours, more than 10 media outlets outside China and the government and party affiliated People’s Daily spoke out on the issue. @Weibo admin has amended its decision and will no longer list LGBT content in its censorship list.

All of this should be recorded in history. With you standing by us, LGBT community work will remain strong. We will continue to spread healthy, scientific and informative LGBT content so that the public will develop a more comprehensive and scientific understanding of the LGBT community. This is the best way to tackle discrimination. LGBT voices will stick to our mission and continue serving the Chinese LGBT community.

But this is just one barrier lifted, among many others that remain firmly in place.

The Weibo censorship announcement was not an isolated incident, nor was it a random mistake made by the company. It was the result of pressure from the censorship authorities. LGBT content has been a target of censorship crackdowns in recent years. WeChat user @Freedom-404 has documented the following LGBT content censorship incidents (via China Digital Times):

March 2018: A screening of the award-winning film, Call me by your name, was cancelled at the Beijing Film Festival. The movie, which tells the love story of a homosexual couple, won the Best Adapted Screenplay at the US Academy Awards and was nominated for the Best Picture, Best Actor and Best Original Music.

May 2017: Local media outlet, Metropolis Weekly, prepared a special feature for the International Day Against Homophobia. The outlet was forced to withdraw the series of reports.

July 2017: When feminist scholar Li Yinhe spoke out for the LGBT community against the crackdown, her account was suspended for three months.

July 2015: A popular online video program, “Should I come out to my parents?” was banned by the the State Administration of Press, Publication, Radio, Film and Television. The official reason for the ban was that the guests were too sympathetic to “abnormal” sexual behavior and that the program challenged conventional values and morality.

Weibo’s amended decision and the reappearance of LGBT voices will probably do well to temper public outrage, but it doesn’t mean that LGBT content will be spared from the latest censorship crackdown.