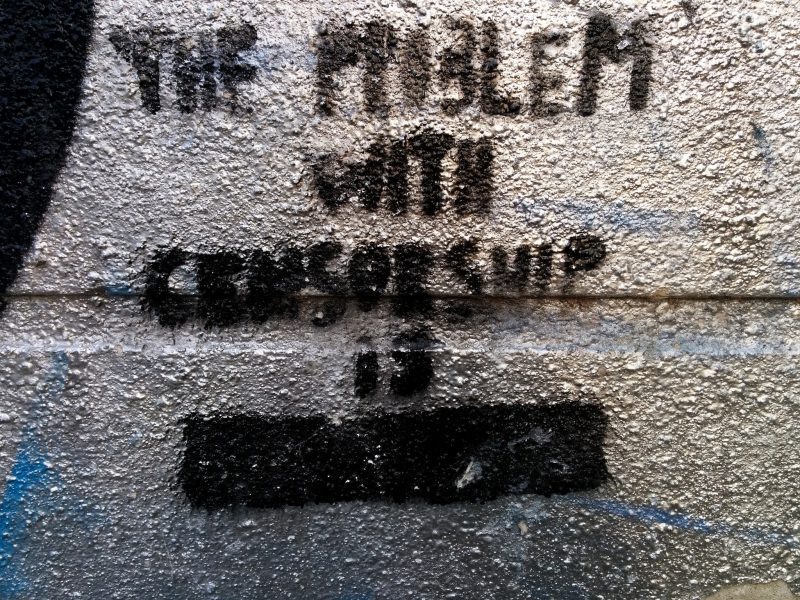 “The Problem with Censorship is XXXXXXXXX.” Image from Flickr by user Cory Doctorow under license CC BY-SA 2.0.

Legal censorship of online content could be much easier in Mexico due to recently approved changes to the country's copyright laws.

On April 26, the Mexican Senate passed a bill that modified the Federal Copyright Law, enabling judges to order the removal of internet content that allegedly violates copyright law without needing to prove it in court or by sentence.

The bill allows the suspension and removal of public content and includes “precautionary measures” against the equipment that enables the spread of such content. Approval of these changes was given hastily without following legislative procedures.

The announcement was widely circulated under the label #MadrugueteAInternet. “Madurguete” is an expression in Mexican Spanish referring to an attack or an action that has taken place when the other party was distracted, limited or not prepared. The hashtag describes the passing of this law as a legal ambush:

With 63 votes in favor, the @senadomexicano made a #MadrugueteAInternet and approved a change to the Federal Copyright Law, which allows censorship online through copyright law.

Organizations, unions, and associations that work on issues related to digital rights and technologies for information and communication have all criticized the changes to this law. They claim this will open a path to preemptive censorship on the internet and is a threat to freedom of expression in the digital world.

The MX Internet Association put out a statement, which reads:

The Senate expects to approve a ‘Decree for which an Article 213 Bis and a Second Paragraph to Article 215 of the Federal Copyright Law’ will be added, which will allow the imposition of precautionary measures in judicial proceedings. Those who claim that an alleged violation of the right to commercial exploitation of artistic works has taken place (which may be serious or not) will be able to do so without providing irrefutable proof of the existence of the supposed violation.

The change has the goal of hindering the spread of information and content without requiring proof that a violation of copyright law took place, which constitutes as a means of preemptive censorship that violates the right to share ideas (expression) and printed materials, as well as the right of access to information and culture.

Additionally, it will allow the preemptive confiscation of instruments, materials, or equipment, and can lead to the seizure of servers, routers, and other equipment used to provide access to telecommunication networks. This will seriously affect the provision of public service vital to the country's economy and society.

The approval of the above-mentioned bill violates fundamental rights such as free expression of thought, printed material, and course of trade and can leave online enterprises in a state of vulnerability, such as internet service providers as well as the content and applications to establish measures that will seriously affect their operation, all without having demonstrated that a violation of copyright law occurred.

According to the reform that is about to be approved by the Senate, they will be able to give these orders without an existing sentence which establishes that, effectively, the right of commercial exploitation of protected intellectual property was violated, and without the existence of a specified amount of material in dispute, which can lead to the imposition of disproportionate methods and which leave the victims in a state of vulnerability, violating the right to due process.

The Mexican chapter of the Wikimedia Foundation warned that the approved changes “criminalize the act of publishing” and “legalize acts of violating the fundamental and constitutional rights of spreading ideas, free expression, free press, personal communication, broadcasting, and information.”

It should be noted that any initiatives or verdicts which are subject to a debate by the Senate must go through a specific legislative process, which, in this case, was not respected.

The said process provides that any initiatives must be subjected to a debate by Committees associated with the bill's issue. They then analyze and discuss matters in alternating turns in order to develop and vote on a draft bill. Once the draft bill is approved by the respective Committees, the President of the Senator's Committee must be notified so that the bill can be presented and voted on in a plenary session.

Users who have been following the issue used social media to criticize the misconduct of the senators that bypassed the bill's submission to the plenary session.

Is it just me or is anyone else worried because Javier Lozano Alarcón pushed a change to the Federal Copyright Law that censors the internet through the Senate without passing it through commissions? What is happening in Mexico that legislators are doing what they want without consulting the citizens?

Javier Lozano Alarcón is a Mexican attorney and politician. He currently serves as a senator representing the state of Puebla.

Javier Lozano Alarcón submitted statements without signatures to the @senadomexicano to approve the bill to change the intellectual property law! This is a total slap in the face to democracy and an insult to Legislative Power.

…the collective management organizations to those who have entrusted their rights to the administration will be able to request that a competent judicial authority allow preventative measures in accordance with this Law.

Sole Article- This decree will come into effect on the day after its publication in the Official Journal of the Federation.

By the Commission of Culture

The only way for the senators to have gotten away with modifying the Senate's agenda would have been with the consent of the Senate's chairman who, in fact, voted in favor of the bill.

The bill has already been sent to the executive branch. It only needs to be approved by President Enrique Peña Nieto for the changes to go into effect.

Organizations such as the Network in Defense of Digital Rights (R3D) have expressed their interest in disputing the bill not only to declare it unconstitutional but also to demand that the changes not take effect until the Supreme Court of Justice determines their validity. Otherwise, the dispute could be a process that takes years, during which users’ rights to free expression on the internet may be violated. 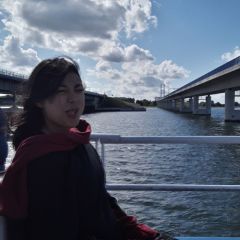