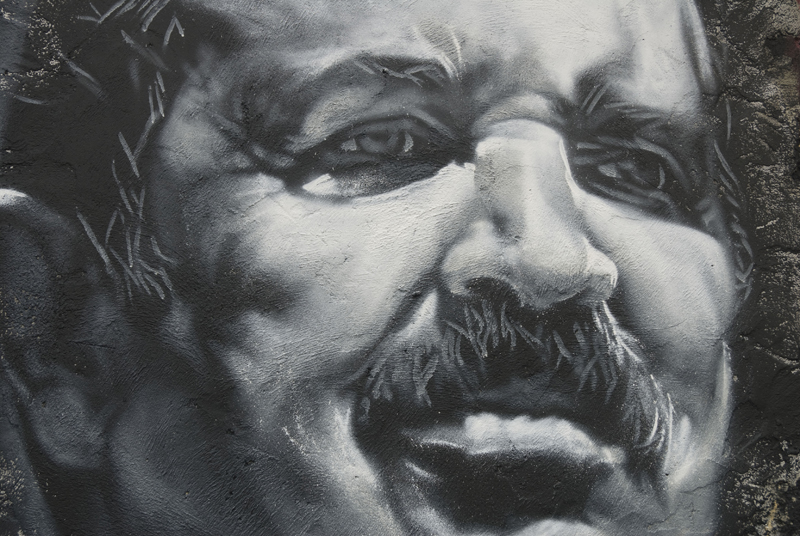 Two Algerian journalists were released from detention on November 8, after spending more than two weeks behind bars on defamation charges.

Police arrested Abdou Semmar, the editor-in-chief of Algérie Part and a former Global Voices contributor, along with one of the site's journalists, Merouane Boudiab, on October 23. The arrests came after Anis Rahmani, the director of the privately-owned Ennahar TV, filed a defamation complaint against them. Another complaint was filed by the governor of Algiers, Abdelkader Zoukh.

An Algiers court ordered the two journalists released on November 8 pending further investigation. The public prosecutor is seeking a one-year prison sentence and a fine of 100k Algerian dinars (USD $842), while lawyers for Rahmani and Zoukh are seeking two million (USD 16,855$) and 50 million dinars (USD $421,377) in damages, respectively, in a civil suit against the journalists.

Algérie Part has done extensive coverage of allegations of corruption against Zoukh. They have also been critical of Rahmani and his media group, reporting that Ennahar TV has been spreading lies and rumours. Yet neither of the plaintiffs have said publicly what they find defamatory in Algérie Part's reporting.

Although Ennahar TV is privately owned, it is reported to have strong ties with the ruling government. Private broadcasters in Algeria must obtain authorisation from the state in order to operate. A 2016 country report by Freedom House said the regulation “sharply limits the extent to which private stations can provide independent news programming, in part by restricting airtime devoted to news.”

Algérie Part describes its editorial line as “totally independent” and rooted in “civic values”. The website prioritises coverage of news and events related to development, justice, human rights, socio-economic protests, governance and corruption. They also explicitly support the right to freedom of expression.

Prior to the arrests, Algérie Part and its journalists were the targets of a campaign of online threats and cyber-attacks.

On October 17, the Paris-based digital rights organisation Internet Without Borders, for which Semmar works as a correspondent, published a statement denouncing the campaign:

Internet Without Borders is extremely alarmed by the proliferation of cyberbullying campaigns against journalists, bloggers and activists investigating bad governance, especially corruption, within the state and the business community , in Algeria. This is the case of journalists of investigation website Algerie-Part, who are regularly targeted by defaming attacks, threats, abusive judicial proceedings, DDoS attacks, and constant harassment on the Internet.

This is not the first time that Semmar has faced such threats. In 2015, a satirical TV show he was co-hosting was shut down due to political pressure.

A third journalist, Adlène Mellah, director of the news websites Algérie Direct and Dzair Presse, was also arrested on 22 October, which coincides with Algeria's National Press Freedom Day. His arrest also came after a complaint filed by Rahmani. He remains in prison and he is reportedly set to appear in court on November 11. Mellah and his editor-in-chief Khelaf Benhadda were also arrested in June 2018 for covering a story related to trafficking of cocaine.

‘We are not enemies’

In December 2016, Algerian journalist and blogger Mohammad Tamalt died after staging a hunger strike to protest his arrest. At the time Tamalt was serving a two-year jail sentence for publishing on Facebook a poem and a video that contained comments that were deemed disparaging towards Bouteflika and then-Prime Minister Abdelmalek Sellal.

Two years after Tamalt's death, the situation for press freedom remains precarious. Independent journalists and voices who cover corruption, misconduct by the police and protests face legal threats from state authorities, as do those who report on president Abdelaziz Bouteflika, who has been in office since 1999.

Earlier this year, a court in the city of Bejaia sentenced blogger Merzoug Touati to ten years in prison for conducting and posting online an interview with an Israeli official as part of his coverage of anti austerity protests that too place in early 2017.

Said Chitour, a freelance journalist and media fixer who collaborated with international media outlets including the BBC, France24 and the Washington Post, has been in detention for 17 months. Authorities accuse him of “sharing intelligence with a foreign power”, a crime that could result in a possible life sentence under article 65 of the criminal code, Reporters Without Borders said.

In a message addressed to Algerian journalists on their National Press Freedom Day, president Bouteflika emphasised the “importance of developing a professional and independent press” in the country. Yet the Algerian government continues to treat some journalists as adversaries.

“When we denounce corruption and favouritism, it’s an act of patriotism. It is not that we hate our country,” Semmar said in a video a day before he was arrested. “We are not enemies of Algeria..we are an actor of stability, seeking to drive the country in the right direction”.

While he welcomed Bouteflika's message as “positive” he called on the authorities to respect journalists’ rights:

journalists don’t need homage during ceremonies. They need respect of their dignity and freedom and to be allowed to work within a [favourable] judicial framework.

In April 2019, elections will be held and 82-year old Bouteflika will seek a fifth term as president. Journalists are concerned that the crackdown will only intensify, in an effort to stifle critical reporting and commentary on government leaders seeking re-election.