100 days for Alaa: Family of Egyptian activist counts the days until his release from prison 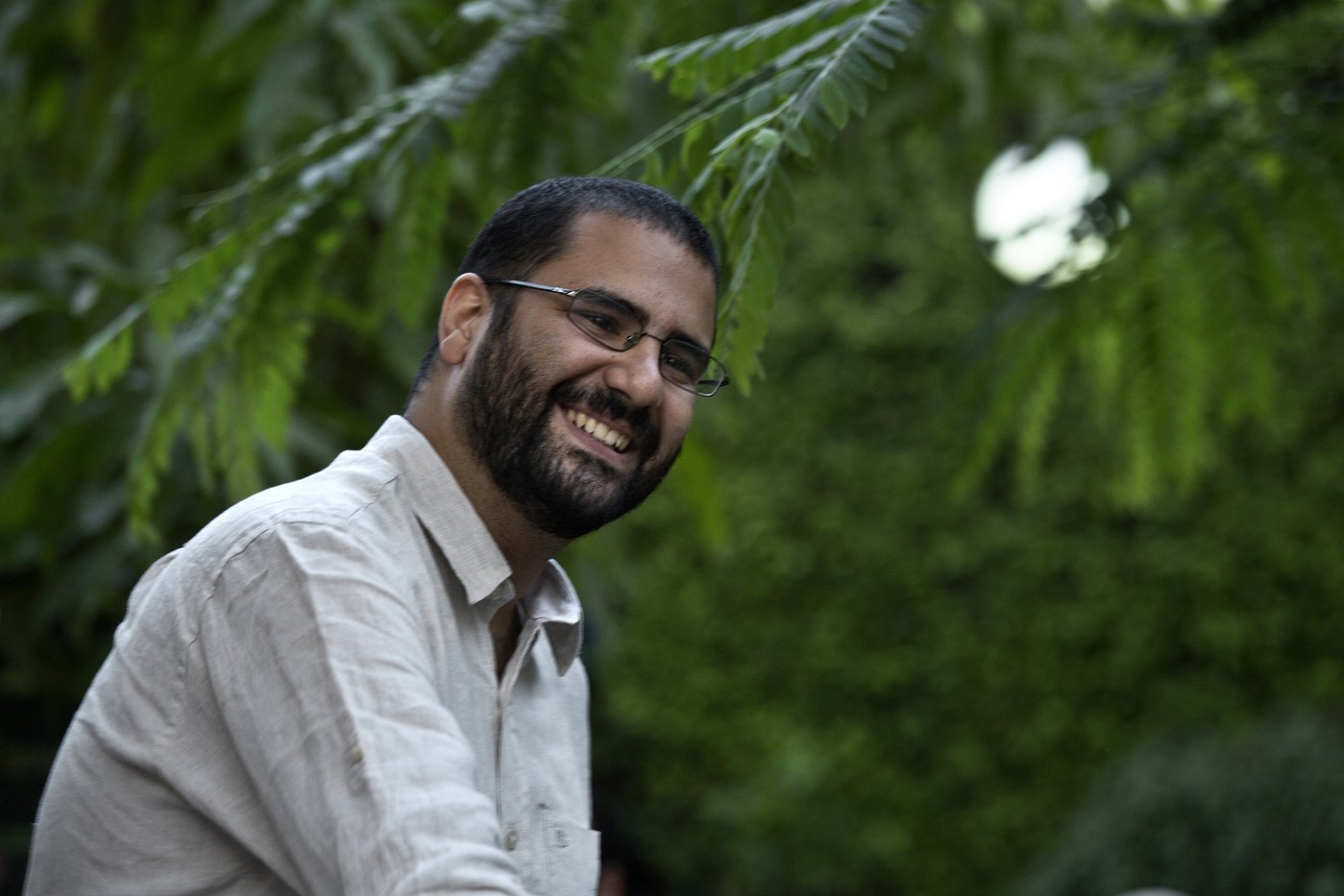 After spending five years in prison, the Egyptian blogger and activist Alaa Abd El Fattah is scheduled to be released from prison on March 17, 2019. On December 8, his family launched a campaign — “100 days for Alaa” — to ensure his prison term ends on time.

The March release date does not mark the end of Alaa's time served, but rather a transition to the final phase of his sentence. After his release, Alaa will be made to spend every night in his local police station for an additional five years. He will be under police surveillance throughout this period.

Alaa was arrested and taken from his family’s home in November 2013. More than one year later, in February 2015, he was finally tried and sentenced to five years in prison for “organising” a protest under a 2013 protest law that prohibits unauthorised demonstrations. While he did take part in a protest against military trials for civilians on 26 November 2013, Alaa had no role in organising it. His sentence was confirmed by Egypt’s Court of Cassation in November 2017.

Omar Robert Hamilton, a cousin of Alaa, outlined the goals of the campaign on Twitter:

Alaa has been jailed or investigated under every Egyptian head of state who has served during his lifetime. In 2006, he was arrested for taking part in a peaceful protest. In 2011, he spent two months in prison, missing the birth of his first child, Khaled. In 2013, he was arrested and detained for 115 days without trial.

Alaa has long worked on technology and political activism projects with his wife, Manal Hassan. He comes from a family of prominent human rights advocates, including human rights lawyer Ahmed Seif El Islam, Alaa's father, who was jailed multiple times under the regime of Hosni Mubarak. Abd El Fattah’s sisters, Mona and Sanaa Seif, are also human rights defenders who have long campaigned against the military trials of civilians in the country. In 2016, Sanaa served a six-month jail sentence for insulting a public official.

Alaa's ordeal is similar to many other Egyptians who are behind bars because of their activism. There are as many as 60,000 political prisoners in Egypt, human rights groups say. Those arrested on politically-motivated charges in Egypt are often subjected to enforced disappearances, torture, prolonged pre-trial detention and solitary confinement.

In a letter to the attendees of RightsCon, a digital rights conference held in Toronto in May 2018, Alaa urged supporters to ”fix [their] own democracies”.

This has always been my answer to the question “how can we help?” I still believe [fixing democracy] is the only possible answer. Not only is where you live, work, vote, pay tax and organize the place where you have more influence, but a setback for human rights in a place where democracy has deep roots is certain to be used as an excuse for even worse violations in societies where rights are more fragile. I trust recent events made it evident that there is much that needs fixing. I look forward to being inspired by how you go about fixing it.

Those looking to join the ”100 days for Alaa” campaign are encouraged to send ”essays, photos or acts of solidarity” that will be republished on the campaign's website:

This is an open-source campaign – we'll be putting out some new ideas, but need new thoughts and new energy coming in too. So get thinking with us!

The hashtag, as always, is #FreeAlaa – please join us in preparing the ground for Alaa's release.