President Bolsonaro endorsed a harassment campaign against a female reporter 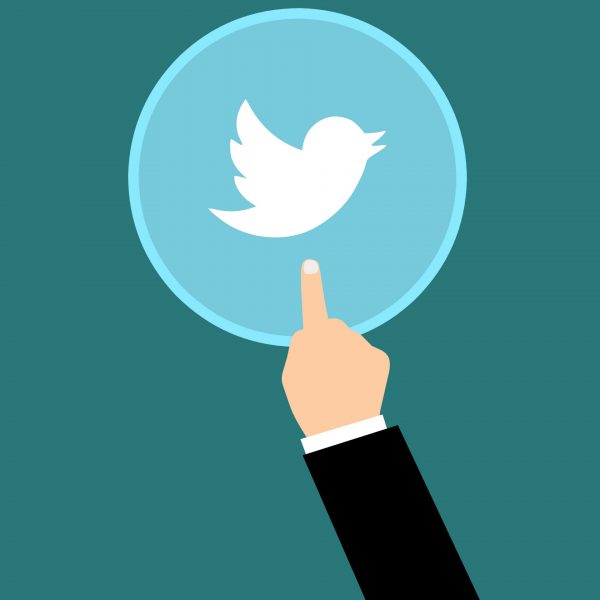 Brazil has reached a new low when it comes to attacks faced by reporters covering the government of President Jair Bolsonaro. While testifying in an inquiry commission in the Brazilian Congress, on February 11, a former employee of a company suspected of running a mass-messaging scheme on WhatsApp on behalf of Jair Bolsonaro's (eventually victorious) electoral campaign in 2018 falsely accused the female reporter who broke that story of “trying to seduce him.”

That story's reporter, Patrícia Campos Mello, had first revealed the existence of such a scheme in October 2018, days before the vote that awarded the victory to Bolsonaro. Campos Mello has also revealed the scheme was funded by a group of businessmen, which would potentially violate Brazil's electoral law as it forbids corporate campaign donations. At that time, Campos Mello received multiple threats and had her WhatsApp account hacked.

River's allegations at the commission, which is investigating the spread of “fake news’’ during the 2018 elections, was swiftly refuted by screenshots of his exchange with Campos Mello disclosed by herself and Folha. The messages show River inviting the reporter to a concert where he would play, besides documents, audio and photos sent by him to her to corroborate the story on the scheme — he had claimed during the inquiry that he never gave any information to Campos Mello.

We’ve published a story showing all the lies that the witness told the Parliamentary Inquiry Commission, with audio, photos, screenshots and spreadsheets. I appreciate your solidarity and ask you to share it, so the insults and this false narrative won’t prevail. Thanks,

River’s allegations were endorsed by President Bolsonaro on February 18 at a press conference when the president made a pun with the word “scoop’’ in Portuguese, which suggested that Campos Mello sought to have a sexual relation with her source.

After River’s testimony, Campos Mello faced another smear campaign. Memes portraying a prostitute talking to a guy in a car with Folha’s logo pasted on her face have circulated widely. Later, a comedian enacted the meme (the video will be investigated by the Supreme Court). An old video in which Campos Mello says she identifies as a leftist and has voted for the Workers’ Party before has also resurfaced.

More than 770 women journalists signed a manifesto in support of Campos Mello.

The collective Journalists Against Harassment has called on Twitter, where most of the smears against Campos Mello were distributed, to take action to curb the abuse.

Speaking with Global Voices, collective member Janaína Garcia says Twitter invited them to an event in 2018 where they pledged to fight harassment against female journalists, but no concrete measures have been taken since then.

Last year, during a conference in Mexico City attended by Garcia, the social media company was called out again for its lack of action against harassment. Garcia says:

They’ve promised transparency and action. What we have seen since is the opposite of that.

In 2017, Twitter co-founder and CEO Jack Dorsey said they would take a more aggressive stance against hate symbols and violent groups:

6/ We decided to take a more aggressive stance in our rules and how we enforce them.

Campos Mello is one of several reporters who have faced harassment recently in Brazil. Twitter's communications team addressed her case in a statement in Portuguese on February 15:

Twitter has rules that determine which content and behaviour is allowed on the platform. In the case involving journalist Patrícia Campos Mello, measures against some tweets and profiles that have violated such rules have been taken, while there are other contents still under review (1/2)

Twitter condemns behaviours that try to silence voices, and the work that seeks to curb this is constantly being improved. We have advanced in some fronts, such as the technology that proactively identify tweets that break the rules, but we are aware that there still is a lot to be done.

For Garcia, however, Twitter needs to adopt “more effective and transparent’’ measures:

[To not take action] is a message that says that, for Twitter, traffic, engagement and buzz, even if generated by criminal practices such as harassment, smear and defamation, seem to prevail over the adoption of measures for a safe environment — especially regarding women journalists. We often talk about our society in which impunity is a historical trace: after all, does Twitter want to reinforce this? What is their concern with democratic strengthetening? Either they adopt more transparent and effective criteria or, for us, the answer will be just one: Twitter doesn’t care that it is creating a sewersphere.

Two weeks after River's deposition, some tweets were considered by Twitter in violation with the platform's rules, as reporter Natália Portinari wrote on her profile:

@TwitterBrasil concluded that one of the accounts that I've denounced for directed harassment towards @camposmello has violated the platform's rules. for comments identical to some made by public authorities and far more influence here. were they also notified, @TwitterBrasil?

Another reporter, Vera Magalhães, who writes at Estado de S. Paulo newspaper, became the latest target. A fake account was created under her name, while her private information was also publicised, including the the school attended by her children.

Magalhães reported on February 25 that president Bolsonaro himself has forwarded, via WhatsApp, a video calling supporters to a protest in March 15 against the Brazilian Congress and in favor of his government, which may consist on a “crime of responsibility”, according to Supreme Court Justice Celso de Mello.

The author of this story writes at Folha de S. Paulo and has signed the above manifesto.