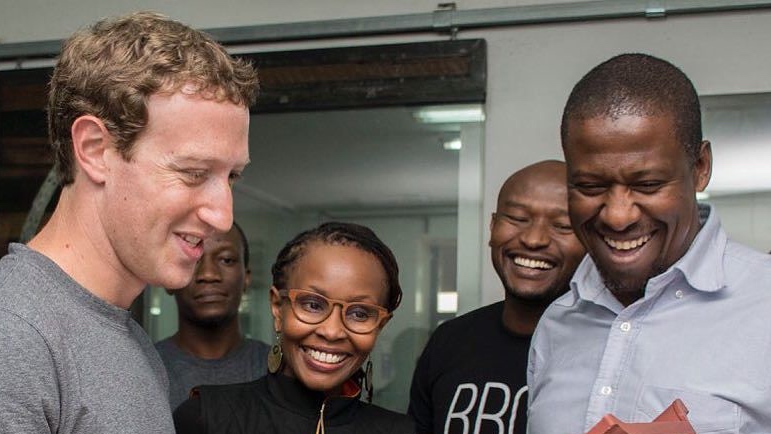 For over two weeks, #EndSARS protests were held in many Nigerian cities and communities in the diaspora. SARS, the Special Anti Robbery Squad of the Nigerian police notorious for acting outside the law, has, over the years, arrested, tortured and killed citizens, particularly young Nigerians.

Let this video reignite your anger, let it spur you on. We started something amazing that we can’t stop, we are the generation that will bring change inshallah #EndSARS

Nigerian Facebook and Instagram users who tried sharing pictures or videos about the killing of #EndSARS Lekki toll gate protesters, like this blood-drenched Nigerian flag, got this response: “Fact-checkers say at least one photo or video in this post contains false information.”

Facebook works with independent third parties to review and rate the accuracy of stories. The fact-checking of Nigerian content was outsourced by the tech company to Africa Check, AFP-Hub and Dubawa.

On October 22, Instagram Communication tweeted an apology for “incorrectly flagging content in support of #EndSARS, and marking posts as false.”

Since 2008, Global Voices activists from Afghanistan to Kazakhstan, Bulgaria to Macedonia, the Philippines to Singapore, Brazil to Venezuela, Egypt to Lebanon, Bangladesh to India, Ethiopia to Tanzania, have documented their experiences regarding “free speech, censorship and human rights on the world’s largest social network.”

READ MORE: From the GV archives: Human rights in the Facebook era

Two weeks ago, Facebook was embroiled in a controversy of fueling hate speech in India. In 2018, Brazil’s largest newspaper quit Facebook, after accusing the media of harboring fake news. In July 2016, Facebook removed a post that criticized the Singaporean police. In 2011, Facebook shut down the account of a blogger after “she published a series of posts on crime in Honduras.” And on the evening of November 25, 2010, Facebook disabled the “We Are All Khaled Said” page. Khaled Said a 28-year-old Egyptian man, was beaten to death in Alexandria by two police officers. Facebook eventually restored the page after activists called them out on Twitter.

This highlights Facebook’s historical complicity in censoring the voices of human rights activists. It has happened “again and again for the past decade, often with no explanation from the company,” asserts Ellery Roberts Biddle, journalist, technology expert and editorial director of Ranking Digital Rights via email to Global Voices. 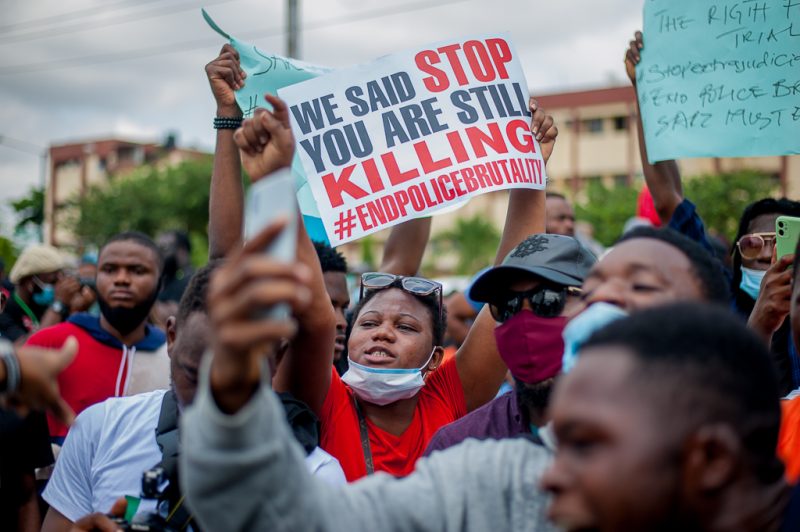 Protesters at the #EndSARS protest in Lagos, Nigeria. Photo by Kaizenify via Wikimedia (CC-BY-SA 4.0)

Facebook’s censorship of #EndSARS content is “is all too common,” asserts Jillian C. York, American activist and director of international freedom of expression at the Electronic Frontier Foundation.

York informed Global Voices via Twitter Direct Message that “Instagram didn't just make a ‘mistake’ here.” Rather, this was a consequence of “their poorly-developed content moderation and flagging systems — not a bug,” York emphasized.

Investigations by journalists and leaks from inside the company demonstrate that Facebook does not put adequate financial or human resources towards its content moderation processes.

The few exceptions to this deficient moderation by Facebook is “in countries like Germany, where it is strictly regulated, but it's reasonable to suspect (and we don't know, because of Facebook's lack of transparency) that Facebook puts far fewer resources toward moderation of content in Nigeria, in spite of the fact that Nigeria is a much larger country,” wrote Biddle via email to Global Voices.

Dr. Qemal Affagnon, West Africa’s regional coordinator at Internet Sans Frontières, told Global Voices via email that it is an ironic “form of arrogance” for Facebook to harvest “metadata from the pictures shared by Nigerians” while “penalizing” their freedom of expression.

The metadata of Nigerians while constituting a breach in privacy makes the “business profitable” for the American tech company. Affagnon explains further that “Facebook relies on metadata from photos such as the date, time and location of the mobile devices that are used to take photos. These metadata are extremely important for profiling people (where are you, who you are with, what type of car is behind you for example) — precious information that advertisers are interested in.”

The censorship comes as the technology giant is seeking entry into the Nigerian market. Four years ago, in September 2016, Lagos, Nigeria, was Mark Zuckerberg's first destination during his trip to Africa. In an obvious testament to Nigeria’s booming tech ecosystem, Facebook recently announced that it will be opening its second Africa office in Lagos, by the second half of 2021.

Affagnon said that this makes the censoring of #EndSARS content, both “disturbing and difficult to understand,” considering the tech company’s inroads into the Nigerian market. However, Facebook has shown, Affagnon asserts, “that it has no respect for the diversity of point of view which is dangerous for democracy” and “violates Nigerian internet users’ rights while showing a disgusting form of authoritarianism.”

think about this: Facebook actively helped the Nigerian government to claim that no killings happened by labelling and removing video/photo/livestream posts of #EndSARS protests (on Instagram too). after they did that they issue apology and keep it moving. after silencing stories

The “incorrect flagging” of #EndSARS content by Facebook and Instagram contributed to state-sponsored social media obfuscation of the shooting of protesters in Lekki toll gate, Lagos. Both the Lagos State government and the Nigerian Army have either denied the fatalities recorded or described the shootings as fake news, despite ample evidence from journalists and human rights groups like Amnesty International.

Facebook has never been “fully transparent with the public about how and why it might censor a hashtag like this [#EndSARS],” Biddle said. Thus, the need for “a full audit and overhaul of their systems, and a commitment to transparency, user notice, and appeals in every case,” noted York.