Bangladesh Will Demand Biometric Data From All SIM Card Users 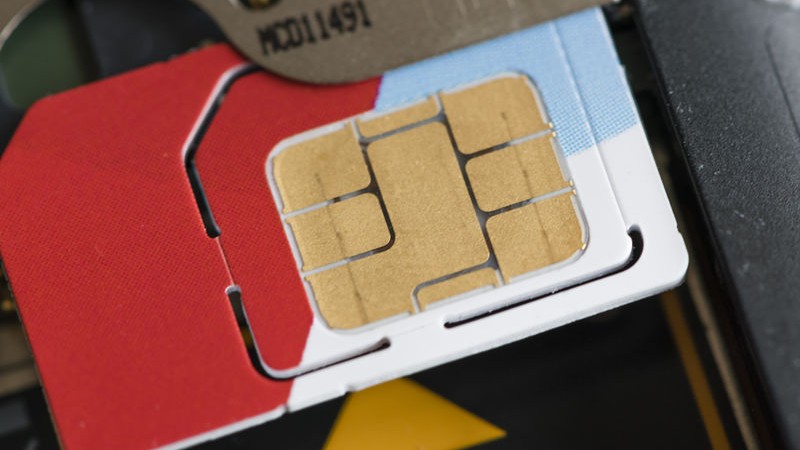 Close up of a SIM-card being inserted into its socket inside a mobile phone. The SIM (“Subscriber Identity Module”) card holds security keys to identify and authenticate mobile telephony data. Image by Erik Tham. Copyright Demotix (21/2/2015)

Over the past few weeks, the digital rights of Bangladeshi citizens have weathered multiple blows. Social media apps were blocked for over three weeks in November and December — and some continue to be inaccessible from inside the country. The administrator of a Facebook page was arrested last week by the country's brutal secret police force, the Rapid Action Battalion, and is now facing accusations of posting “anti-government propaganda”.

On December 16, another worrying development was introduced: mandatory biometric registration for all SIM card owners.

As every SIM card will be able to be traced back to a single identity, it will no longer be possible to buy a SIM card from a licensed dealer without explicitly linking it to the identity of a registered Bangladeshi citizen. It is unclear what options will be available for those who don't have a national identification entry in the Election Commission's database, a shift that may leave marginalized populations without access to essential communications tools.

In broad terms, the scheme will connect communications data together with individual, government-assigned identities, potentially allowing the government to have unprecedented oversight on daily lives of Bangladeshi citizens. Exactly what laws will govern access to and usage of this data are unclear. Authorities are reportedl to be preparing updates to the Information and Communication Technology Act, which may affect the way SIM data is handled.

As part of the scheme, six mobile phone operators – Grameenphone, Robi, Banglalink, Airtel, Citycell and state-owned Teletalk – have signed a deal with the Election Commission to match National Identity Cards data with information provided by mobile phone users at the time of SIM registration. The data is reportedly being stored in the government's “National Identity Registration Wing (NIDW) archive”.

The change is set to affect a huge proportion of the Bangladeshi population: the Daily Star reports that there are 130.19 million active SIM cards in the country. Prior owners of SIM cards will have until April 2016 to register their biometric information with their SIM card, and their SIM cards will be deactivated if users fail to provide this data before the deadline. For those unsure of the status of their SIM card, telecommunications companies are providing an SMS service that will help them verify whether their SIM card has been properly registered or not.

Reportedly, new SIM cards will now only be active 72 hours after purchase, once the identity of the person purchasing the card has been officially verified.

A month-long trial run for this scheme started in October of this year, and it highlighted a number of crucial glitches. According to BDnews24.com,

There were complaints of the system failing to match the fingerprints of many subscribers with the data in the national identity card databank. Tarana said in reply to a question on Sunday that the problem arose because of incorrect entry of NID numbers, rebutting allegations that the biometric system fingerprints were at variance with the NID data.

Tarana Halim, the Minister for Post and Communications, insists that all of these glitches have been “set right”. Justification for the scheme comes from the government's statement that “unregistered cards were being used for criminal activities,” but it is unclear what direct effects the policy change will have on criminal activity.

In Pakistan, where a similar scheme was recently adopted, a number of unforeseen consequences have come to light. In 2015, Pakistani telecom companies reported a decline in sales of 16%. As of November 2015, the Pakistani government had reportedly disabled 26 million SIM cards after their owners failed to register them with the necessary biometric data.

Bangladesh may see similar results. The policy will likely lead to a decrease in authorized mobile phone use, and could generate an increase in unofficial sales of SIM cards. This seems to cut against the government's plans for increased digital accessibility in the new so-called ‘Digital Bangladesh’.

Although some members of civil society have raised concern about the changes, there has been little mention of the effects it may have on the privacy rights of Bangladeshi citizens. Social media reactions have been largely congratulatory or matter-of-fact around the roll-out of the scheme:

But not everyone is happy. Diaspora blogger Kamrul Hasan Jony writes:

This is a laudable step. Many countries of the world adopted this (bio-metric registration). I registered once earlier. But I don't know why they don't keep the records in Bangladesh! Whatever, we have to welcome the new registration system. The truth is that many hundreds of thousand son diaspora Bangladeshis like me may not be able to register their personal SIM(s) within the deadline and those will be cancelled.

“We are living in a cosmopolitan and multi-centric world now. The ever-changing technology is strengthening bonds among people and helping resolve many problems, but it is also creating some difficulties…”

With Minister Halim writing last week that the social media block was an effort “to save lives”, it is becoming ever clearer that the government's vision for the digital sphere may not coincide with the vision of accessibility and free expression that characterizes the open Web. With a visible crackdown on those who speak out against the government, this erosion of Bangladeshi citizens’ digital rights does not bode well for the future development of ‘Digital Bangladesh’.