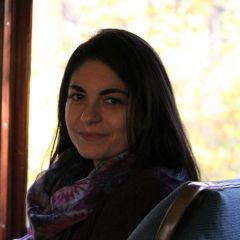 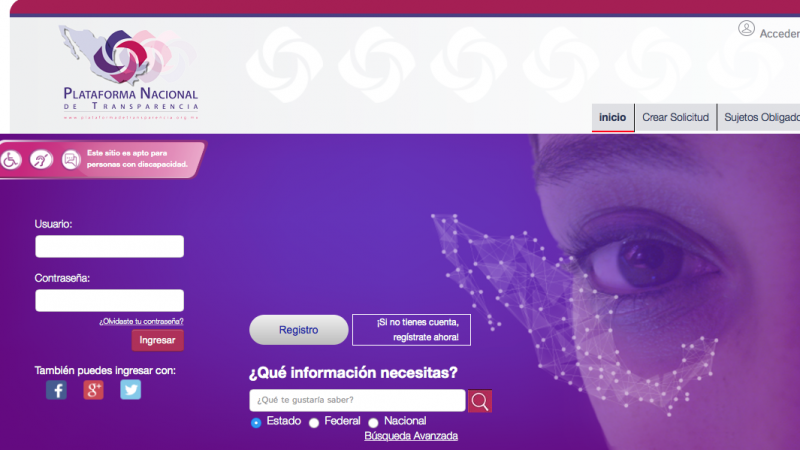 Mexico's National Transparency Platform is a new tool that helps promote the right of access to public information and transparency in Mexico. The platform portal allows anyone with Internet access to obtain government information already available, or request data that is not yet available.

The National Transparency Platform launched on May 6, 2016, by the National Transparency, Access to Information and Protection of Personal Data Institute, which is charged with guaranteeing the fundamental right of access to public information in Mexico. This portal was created as a result of controversial reforms of the country's constitutional law on transparency (see past reports on Global Voices Advox), which now includes new legal obligations for political parties and unions to ensure the transparency of their information, among many other issues.

Óscar Guerra, one of the seven commissioners of the National Transparency Platform, commented:

This platform is the best example of the application of information technology in the service and exercise of the rights of individuals. It will be a reference point for all those nations that seek to develop similar electronic solutions to facilitate and ensure the right of access to information.

None of this, however, means that accessing government information in Mexico has actually improved. Since 2002, when the now-defunct Federal Institute for Access to Information and Data Protection (IFAI) was created, there was a portal called INFOMEX through which all people with Internet access (regardless of their place of residence or their citizenship) could request information free of charge from federal agencies. Those who accessed the portal could even appeal to the IFAI when their requests were not met or when the information provided did not correspond with their requests. Perhaps the best example of the usefulness of such a system was in 2015, when a citizen requested and gained access to the investigation file on the Ayotzinapa case, in which 43 students were victims of a mass disappearance and probable murder.

Among the innovations that characterize the new platform is a feature that allows users to verify themselves in order to gain access by using social-network accounts like Twitter and Facebook. The platform also was designed to be accessible to people with special needs. In its next stage, the platform will be accessible from smartphones and tablets using a mobile app.

Once fully operational, the National Transparency Platform is intended to be a powerful ally in the fight against corruption in Mexico. But its effectiveness in practice remains to be seen.