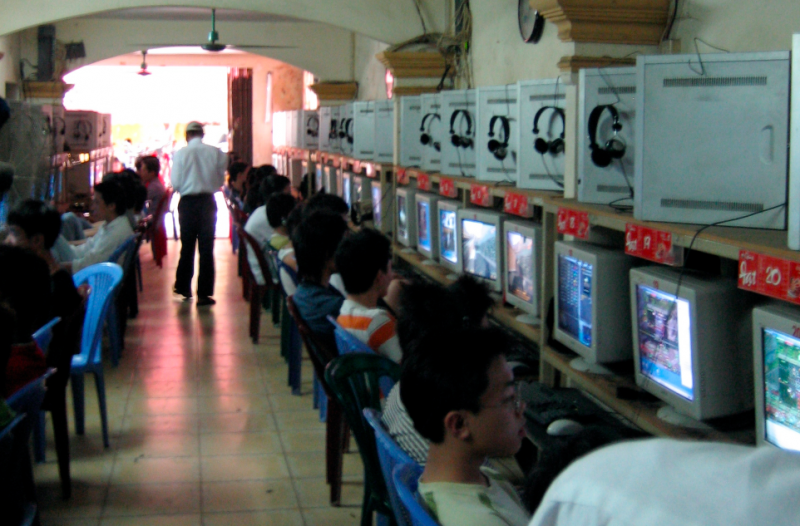 Vietnamese President Tran Dai Quang called for tougher controls on the internet, charging that “hostile” entities online had “undermined the prestige of the leaders of the party and the state, [bringing about] a negative impact on cadres, party members and people.”

Quang, who is a former minister of public security, also vowed to increase online surveillance in the name of protecting national security.

His comments come on the heels of a public consultation on Vietnam’s new draft Law on Cybersecurity, which was written by — and gives broad powers to — the Ministry of Public Security. The draft includes special provisions around “illegal cyber information” that “incites any mass gatherings that disturb security and order, and anti-government activities in cyberspace.” The law also sets new standards for “critical systems,” stipulating that operators of such systems must store system data on Vietnamese soil, but it does not offer a clear definition of “critical systems”.

Assuming it goes into effect, the Law on Cybersecurity will increase the government’s ability to control independent voices online, which are already heavily scrutinized and regularly silenced under Vietnam’s Penal Code.

In late July, multiple bloggers and human rights defenders were arrested and charged with “conducting activities aimed at attempting to overthrow the state” under Article 79 of Vietnam’s Penal Code, which carries a minimum sentence of 12 years in prison and a maximum sentence of capital punishment. Among those arrested were the founding members of the Brotherhood for Democracy, a network of activists involved in community building and mobilising across Vietnam.

Prominent Vietnamese human rights lawyer and blogger Nguyen Van Dai was also charged under Article 79, on top of a previous charge under Penal Code Article 88 for allegedly “conducting propaganda against the state.”

A recipient of Human Rights Watch’s Hellman-Hammett Award in 2007, Dai has been detained for more than 600 days without trial. The new charges will allow police to extend their investigation period for an additional 20 months.

An internet blackout in the Darjeeling region of West Bengal, India, has been ongoing for two full months, following the deaths of citizens in a violent clash between security forces and separatists calling for an independent Gorkhaland. The situation has severely impacted daily life in the region, as businesses, students, and journalists grapple with the effects of the ban.

Meanwhile, in the northern states of Punjab and Haryana, internet and mobile services were shut down for several days surrounding the announcement of the court verdict in a criminal case against Gurmeet Ram Rahim, the controversial leader of the hugely popular Dera Sacha Sauda sect. Ram Rahim was found guilty of rape by a special Criminal Bureau of Investigation (CBI) court, a decision that triggered outrage among his followers, who took to the streets in protests that in some cases led to clashes with police and other citizens. Authorities say that more than 30 people have been killed in the ensuing violence.

In a historic decision, India’s Supreme Court ruled that the right to privacy is “intrinsic to [the] right to life.” The right to privacy will become part of India’s constitution, after the court considered multiple citizen petitions challenging the legalities of India’s national biometric digital ID system, Aadhaar. The court did not issue a judgment on the constitutionality of Aadhaar, but called on the government to create a robust scheme for data protection.

Mexican journalist Candido Rios was murdered on August 22 in a gun attack in Hueyapan de Ocampo, Veracruz, the ninth journalist to be assassinated in the country this year. Rios, known by his colleagues as “Pavuche,” was the founder of the weekly newspaper La Voz de Hueyapan. Shortly before his death, Rios posted a video making strong accusations against political figures of Hueyapan de Ocampo. In the video he said, “We do not use firearms. They kill us knowing that our weapons don't shoot bullets. Our weapons shoot truth.”

A Macedonian court applied the lese-majeste portion of its criminal code for the first time since its independence in 1992, punishing an anonymous person for insulting Turkish President Recep Tayyip Erdogan on Facebook. The person will have to pay a fine of 400 euros or serve a prison sentence.

The newly inaugurated Venezuelan National Constituent Assembly is seeking to regulate the use of social media to combat hate crimes with a new draft law. The text of the law is not available online, but it allegedly punishes “hatred” on social media with prison sentences of up to 25 years.

Venezuela’s vilification of social media is nothing new. In 2010, the government (then led by Hugo Chavez) was already accusing online networks of inciting hatred and violence, and those who use them routinely risked arrest for political speech. In 2014, a draft law proposed by the governing party sought to classify online protest as “cyberterrorism.”

Cambodian authorities revoked the licenses of multiple outlets, including Moha Nokor FM 93.5, which carries Radio Free Asia and Voices of America, and threatened to close others allegedly due to violations of the country’s tax and licensing laws. The independent political program Voice of Democracy also experienced disruptions after the station was ordered to stop broadcasting. Media groups expressed concern that the closure orders were politically motivated, meant to silence critical voices in the lead-up to the 2018 general elections.

On the Chinese internet, real names will soon be the norm

The Cyberspace Administration of China announced a new regulation that requires netizens to register with their real names in order to post comments online, a decision that will significantly reduce space for discussion and place a burden on sites required to implement identity verification systems. The regulations appear to be part of a broader scheme to integrate a social credit system into Chinese internet platforms, which will rank individuals on the basis of their online speech and other factors. Comments deemed harmful or abusive will likely be a key factor in the calculations of the system. The commenting regulation will take effect on October 1.

Denmark’s foreign ministry approved the sale of surveillance technology to Saudi Arabia and the UAE despite human rights concerns about how it would be used, according to the Danish foreign minister. Earlier this year, the BBC published an investigation into the Danish subsidiary of UK-based BAE Systems, which was selling surveillance technologies that may have been used to monitor and target individuals involved in the Arab uprisings of 2011-2012. The systems were sold to Saudi Arabia, the UAE, Qatar, Oman, Morocco and Algeria, and were used in Tunisia before the fall of Zine al-Abedine Ben Ali. The ministry said human rights considerations were “only one part” of their overall assessment of the business decision.