Netizen Report: Free Speech Is Under Fire in Catalonia’s Push for Independence 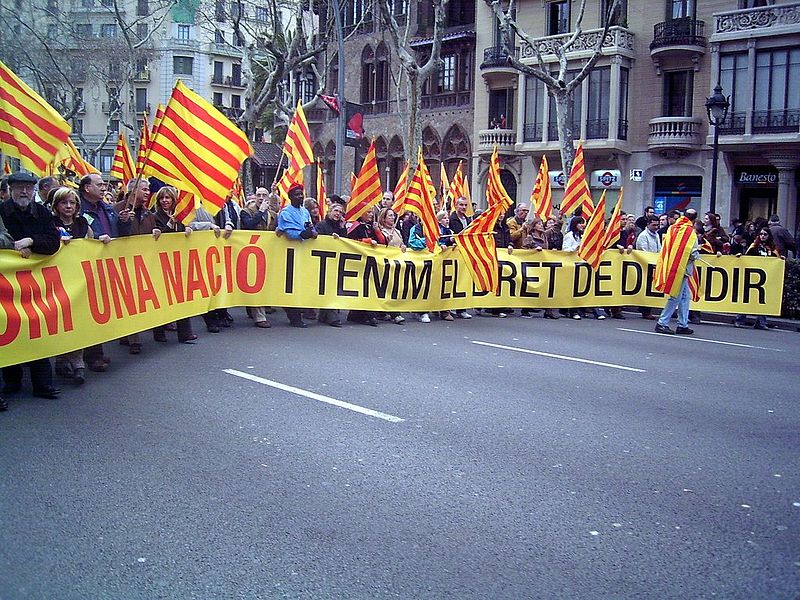 Demonstrators in Barcelona, 2006. Banner reads “We are a nation and we have the right to decide!” Photo by Friviere via Wikimedia Commons (CC BY-SA 2.5)

The story of Catalonia's push for independence has been one of judicial threats, police violence, digital censorship, and intimidation of journalists both online and off.

Although it was technically prohibited by Spain’s Constitutional Court, Catalonia’s regional government organized a referendum, offering its citizens the choice to vote for or against Catalonia becoming an independent state. Forty-three percent of the electorate participated in the vote, which was marred by irregularities including the same people voting twice. A total of 90% favored secession.

Weeks before the vote took place, the official website for the referendum — which explained the implications of the referendum and its origins, and also gave citizens practical information about when, where and how to vote — was taken offline by a domain name seizure, at the order of a Spanish court.

Spain’s Guardia Civil then raided the headquarters of top level domain .cat, confiscating IT equipment and data. Six staff members were arrested and the technical agency’s CTO has been charged with sedition. Multiple mirror sites appeared in the wake of the raid, most of which have been subsequently taken offline as well. Among other people who helped establish these mirror sites, 13 individuals have been placed under investigation for disobeying the order of the Constitutional Court.

Soon after, the High Court of Justice of Catalonia ordered the blocking of websites and domains with any information of this kind. This led to the blocking of roughly 140 websites, including many that hosted commentary and discussion about the referendum, rather than information about participating in the vote.

On the day of the referendum, police forcibly blocked the entrances to polling places and used violence to prevent voters from entering. Intense and sometimes violent street protests have since ensued, and journalists covering demonstrations and clashes have also been subject to abuse.

In a special report on media repression in the region, Reporters Without Borders documented multiple cases of Spanish journalists who were attacked by pro-separatists, both on the streets and at the Parliament building. The report explained that all of its participants “confess to self-censorship in one way or another and several recognize having dropped a story, or wishing to do so, or even leaving Catalonia.”

US and Puerto Rican authorities are ‘whitewashing’ hurricane stats

Reporting on the state of devastation in Puerto Rico has been “whitewashed” by authorities, in the words of one US Congressman. Detailed statistics about water, electricity, and resource shortages that were published and routinely updated on the US Federal Emergency Management Agency website disappeared on October 5, while more “positive” data about the relief effort remained online. The numbers reappeared following reports by multiple media outlets about the censorship.

Eleven human rights advocates arrested in Turkey in June and July of 2017 have been charged with “aiding an armed terrorist organization” and were indicted this week by the public prosecutor, who is seeking multi-year prison sentences for each individual, despite there being no concrete evidence to support this claim.

The group had gathered for an information management and wellbeing workshop on one of Istanbul's islands, Buyukada, on July 5 when police raided the workshop, detained the participants, and confiscated electronic equipment including computers and mobile phones. Among those arrested was the director of Amnesty International Turkey, Idil Eser. All of those facing charges are Turkish nationals, except for trainers Ali Gharavi, a Swedish citizen, and Peter Steudtner, a German citizen.

On October 7, Reporters Without Borders reported that Algerian blogger Merzoug Touati has been on hunger strike since September 13. The press freedom watchdog expressed concerns about the bloggers’ health and reported that “his weak condition” prevented him from answering an investigative judge's questions on October 3. Touati has been in jail since 18 January for interviewing an Israeli official. Fellow blogger Slimane Bouhafs has been on hunger strike since October 2. Bouhafs was arrested on 31 July 2016 for Facebook posts deemed “offensive to Islam.”

Meanwhile, Algerian news outlet TSA, along with its Arabic version TSA-Arabi, were blocked on Algeria Telecom and its subsidiary Mobilis, while it remains accessible on the mobile networks Djezzy and Ooredoo. Whether this constitutes censorship – and why the sites were inaccessible – remains unclear.

Wanna censor some websites? Indonesia’s building an app for that

Indonesia’s Ministry of Communication and Information Technology announced it recently purchased a US $15.6 million system that will allow it to automate censorship of websites. The system uses keyword crawling to analyze sites for negative content and block them automatically. The Ministry has already blocked over 800,000 websites manually, which allegedly contain pornography or other subject matter that violates “negative content” guidelines that govern gambling, extremism, and sexual education material online.

The policy is already having adverse effects on users, particularly young women, whose photos are being taken down if they show a woman's leg, abdomen or cleavage, on grounds that they are “pornographic”. Users who are found to violate the rules may have their “social credit” scores reduced, which can limit to their ability to use the platform.

Brazil’s Congress passed a law that allows political parties and candidates to force social media outlets to take down content deemed to be defamatory or offensive by anonymous authors. It does not require a judicial order for these requests to be made of websites or apps. Brazilian President Michel Temer has not yet indicated his position on the law, but could use veto power to override the decision of Congress. 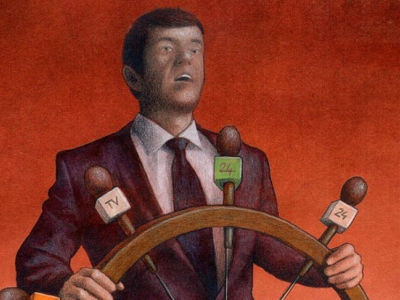 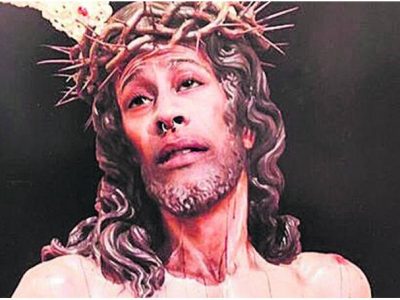