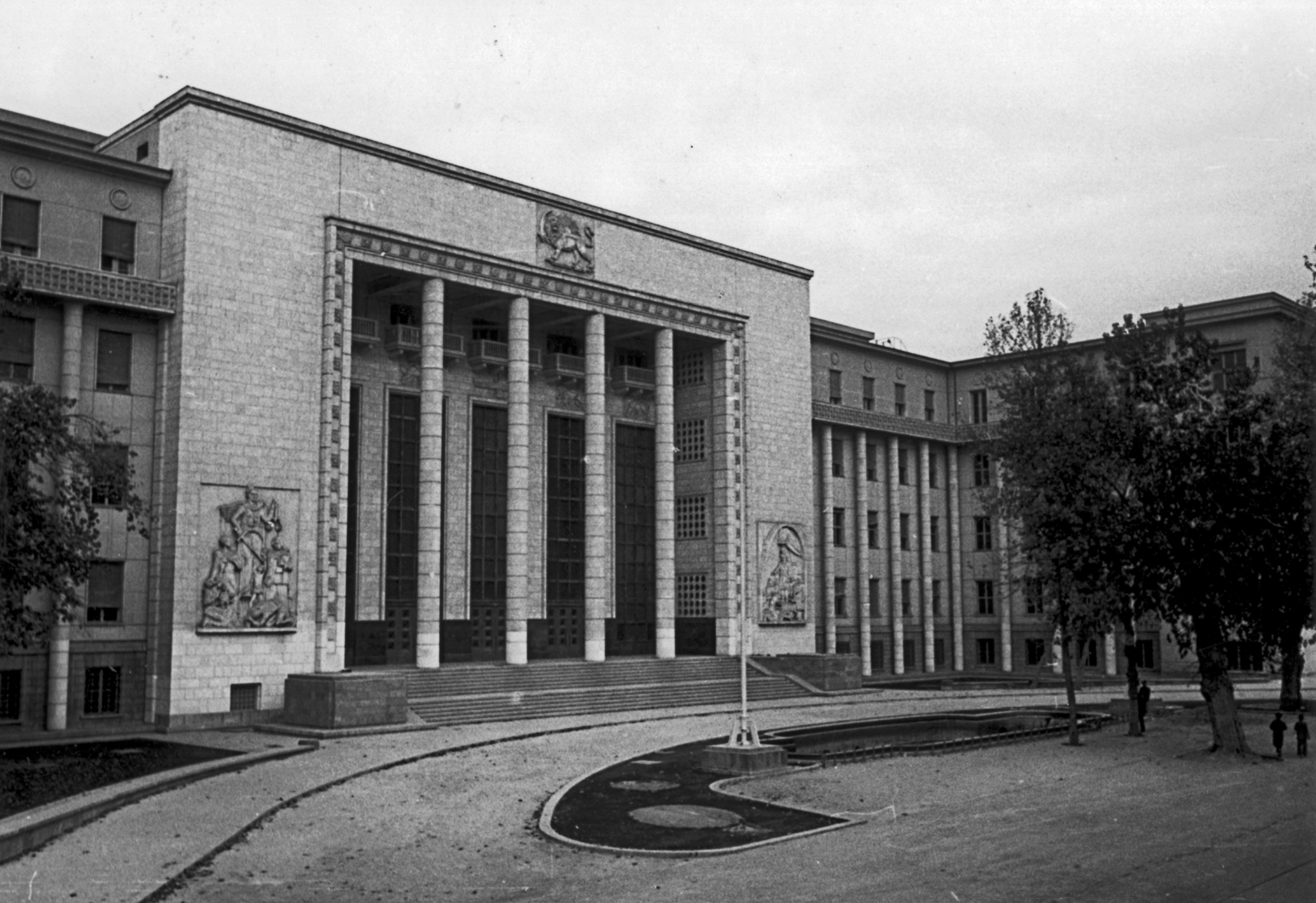 Millions of Iranians turned out in Tehran for the funeral of Ali Akbar Hashemi Rafsanjani, one of the founders of the Islamic Republic of Iran. The funeral for the moderate former President, who supported the now jailed leaders of the Green Movement, became an opportunity to voice dissent regarding the jailing of political prisoners, Iran’s relationship with Russia, and frustration at the notoriously biased state broadcaster, Islamic Republic of Iran Broadcasting (IRIB).

IRIB, which holds a monopoly over television broadcasts, appeared to be avoiding coverage of the funeral, perhaps in an effort to avoid documenting public dissent. Some Iranians said they experienced jamming and slowing of the Internet within the crowds and throughout Tehran. It is unclear whether this was tied to government efforts to quench dissent, or due to increased Internet traffic.

Two current high-profile cases of political prisoners include those of Atena Daemi and Arash Sadeghi, who went on hunger strike in November to protest the arrest of his wife Golrokh Ebrahimi Iraee. Iraee was arrested and sentenced to six years in prison for “insulting the sacred” and “propaganda against the state” for her writing, including several Facebook posts and a story she wrote in a notebook that was confiscated when authorities raided her home.

Iraee was granted a furlough from prison after Sadeghi began his hunger strike. The judiciary later revisited the case and agreed that her sentence was wrongfully issued. Earlier this week, however, the prosecutor gave notice that her furlough was overturned and she was ordered to return to jail. She has so far refused. Shortly thereafter, Sadeghi was taken from Evin prison to the hospital, where he was treated for intestinal bleeding and organ failure after going for 71 days without food. He has since been returned to prison.

Jailed civil rights defender Atena Daemi is facing new charges, including resisting arrest and assaulting an arresting agent, after filing a complaint against the Revolutionary Guards for using excessive force. She was first arrested in 2014 for allegedly meeting the families of political prisoners and criticizing the Islamic Republic on Facebook. She and her father both filed claims against authorities for breaking and entering their home without showing a summons. Her mother says there is video evidence from the day of her arrest proving that the charges are unwarranted.

University of Toronto’s Citizen Lab Director Ron Deibert called the FBI’s report on allegations of Russian hacking during the US presidential election a “predictable failure,” saying that the report failed to support claims of hacking with solid evidence. In a post on the Just Security blog, Deibert argued that the lack of evidence may be due to a reluctance to reveal sources (rather than an indication that it doesn’t exist) and expressed concern this may help both President-elect Trump and Russian leadership to shrug off the claims of wrongdoing.

“[We] are entrusting vital public policy matters on cyber security primarily to defense and intelligence agencies of nation-states and the companies that serve them, with little to no independent source of verification of what they produce for the general public. As long as we do so, reports like the one from DHS/FBI and anonymous leaks by ‘intelligence officials’ are what we will get,” he wrote. Deibert argued instead for civilian institutions to do this kind of research independently in the public interest.

Apple agreed to remove both the English and Chinese versions of the New York Times app from its App Store in China after receiving a request from government officials. Apple faces criticism for its compliance with the demand, and particularly for doing so without offering any public explanation or showing any evidence of a court order. The New York Times website has been blocked in China since 2012, after it published an expose about the wealth of politicians’ families. The newspaper was barred from updating new content via its app in China, but until now has been able to do so using circumvention techniques to evade censorship.

On January 8, users of Lebanon’s only two mobile operators, Alfa and touch, which are both state-owned, switched their mobile phones to flight mode to protest high costs of international and domestic calls, and expressed support for the boycott on Twitter under the “switch off your line” (سكر_خطك#) hashtag. Mobile subscribers in Lebanon pay the highest fees for prepaid services among 16 Arab countries surveyed, including wealthy Gulf states such as Saudi Arabia and the UAE, according to research by the Jordan-based Arab Advisors Group.

Iran has intensified their regulation of requiring permits for Telegram messaging app administrators operating channels with more than 5000 followers. Officials say they can target popular channels using algorithms to identify and prosecute those administrators. Seven hundred channels have registered so far. Channel owners must register and add an automated bot called “iransamandehibot” as a temporary co-administrator on their account until the ministry verifies them. These bots can enable surveillance abilities by searching the channels for specific users and monitoring their online activity.

Several new laws came into effect in Russia on January 1 that will impact netizens’ rights in the country. Among them is a ‘Google tax’ issued on some foreign Internet retail companies, plus rules that will require news aggregators whose daily traffic exceeds one million views to be regulated as media outlets. See Global Voices’ round-up of these and other laws for more.

Bangladeshi authorities blocked 560 pornography websites, most of which are locally hosted. The blocking is part of a campaign against objectionable content, which falls under a 2012 anti-pornography law that provides prison sentences and hefty fines for “carrying, exchanging, using, selling, marketing, distributing, preserving, [and] filming” pornography in the country.

This week in thuggery…

Kazakh Facebook user and businessman Sanat Dosov was sentenced to jail for insulting Russian President Vladimir Putin on Facebook. The sentence could be an attempt to bring online political discourse in line with the government’s thinking. The government has also recently arrested social media users for posting about ethnic Kazakh concerns.

A former Kuwaiti lawmaker is facing over 42 years in prison for tweets deemed insulting to Saudi Arabia and Bahrain. Abdulhameed Dashti — a critic of Saudi Arabia for its war in Yemen and military intervention in Bahrain — has been convicted in absentia of insulting Saudi Arabia. He is currently in the UK for medical reasons.

Reports are emerging from families and civil rights organizations that as many as nine Pakistani activists and bloggers went missing within the first week of 2017. Four of them are known for their secular and left-leaning views. The most publicly vocal of the group is social media activist and poet Salman Haider, a lecturer at Fatima Jinnah University and editor of independent magazine Tanqeed who is known for his critiques of the military and writings about enforced disappearances in Balochistan province, which has suffered from decades of armed conflict between Baloch nationalist militants and the Pakistani military. Abducted on January 6 in Islamabad, Haider's profile rose in 2014, when his poem ‘Main bhi Kafir’ (‘I am an infidel’) went viral. The poem reflected on the multiple attacks on Shia-Hazaras of Balochistan.

More than a year after he was arrested in the UAE, Jordanian journalist Tayseer Najjar remains in detention without trial or access to a lawyer. According to rights groups, Najjar was detained in relation to Facebook posts he published before moving to the UAE in April 2015 to work as a culture reporter for a local newspaper. Published in 2014 and 2012, the posts were reportedly critical of Gulf countries, Egyptian President Abdelfattah Sisi and Israel’s war on Gaza.

What’s up with Wikipedia’s gender imbalance?

APC’s Flavia Fascendini interviewed “Whose Knowledge?” campaign leaders Anasuya Sengupta and Siko Bouterse about gender dynamics in the Wikipedia volunteer community, where men still make up the vast majority of contributors, despite the organization’s unsuccessful efforts increase women’s participation to 25% by 2015. Read the interview here.